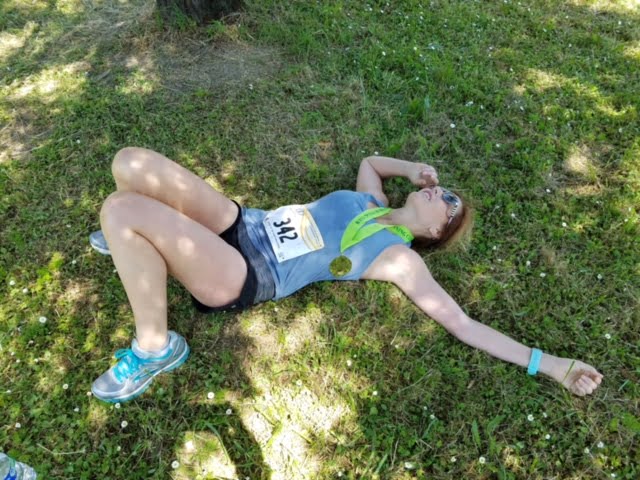 Race: Avenue of the Giants Marathon 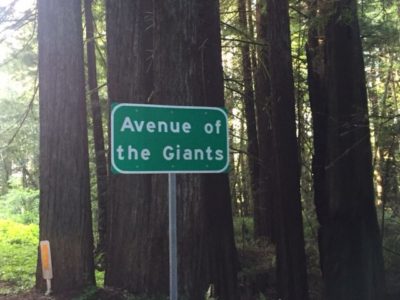 At the start of the race, the announced called for the band (I guess they were going to play along to the national anthem) but the band wasn’t there, except for one tuba player.  Everyone laughed that the band had one member and the tuba player proceeded to lead everyone in singing the national anthem. Never did hear him play the tuba 😉  I heard the Humboldt band showed up a bit after we took off.

I started off at a good steady pace and the redwood trees and shade made it a peaceful run.  There weren’t people standing all along the course taking photos like in other races I’ve been too. 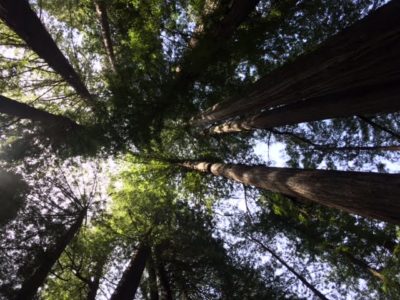 I would suggest wearing either a hat or sunglasses for the sections of the course that are in the sun.  It’s not a very long section but I was happy to have my sunglasses.  Make sure to bring whatever fuel (GU, PowerGels) because you won’t find much on the course.  At the halfway point a guy was standing there handing out GU’s.

Book a hotel more in advance.  Figure out what to eat as the GU’s I had didn’t make me feel very good from miles 17-24.

The first half of the marathon is on a cement road that has lots of potholes and uneven cement, so you need to watch the ground so you don’t trip. 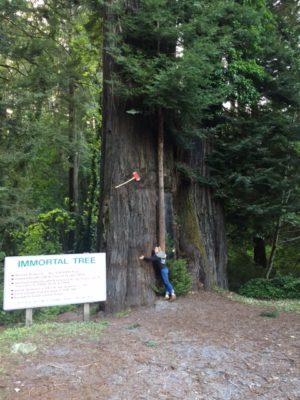 Not a difficult course, rolling hills.  Only a couple shorter steep hills.

Pretty well organized except the website doesn’t list what exit to take (667a), only the GPS location.  It would have been helpful to list what exit off of 101 to take.

Need to book hotel in advance as all the hotels nearby fill up.

About every 2 miles was an aid station with water and Gatorade.  I thought there would be oranges and bananas at some of the stands, but most had run out by the time I passed by.

Clear skies, and 40-60 degrees with shade along most of the course.  A few sections were in the open and I was happy to have worn my sunglasses.

Nothing special, I would suggest wearing a hat or sunglasses and a sports belt to carry your fuel.

Yes, spectators could be right at the front of the race with you if you wanted and they were standing at the finish line as you finished the race.  I also saw spectators on the side of the course, but they must have walked there as no cars were allowed.  A few police or service vehicles did pass during the race but they were driving slow and watching for runners.

They had awards but I didn’t stick around for the ceremony.  Everyone gets a medal who finishes the race.

1 thought on “Avenue of the Giants Marathon – Jael”