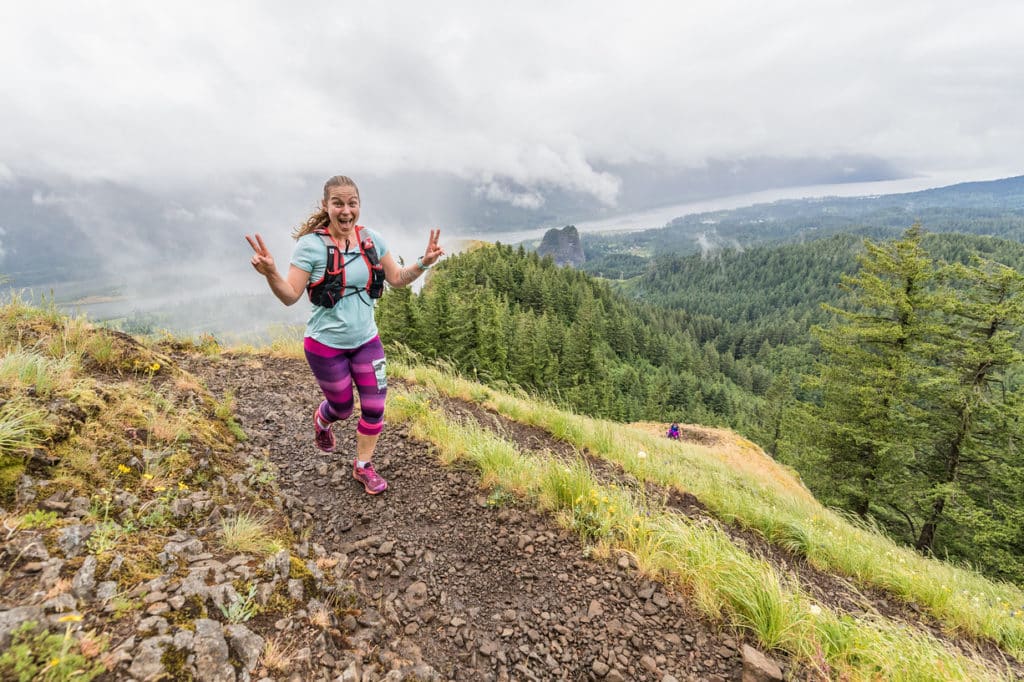 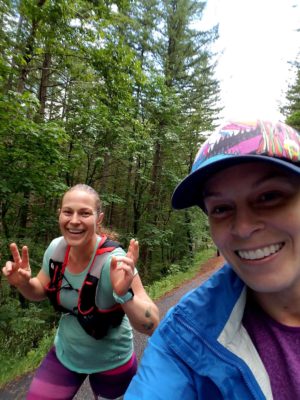 ***My Crew!*** It made the experience so much more special to share it with my sister, who is the reason I got into this ultrarunning business anyway.

When the announcer thought I was a 25k-er that had just finished the race, when alas, I was only halfway there. And when the Wy’east Wolfpack guys suggested I eat a tortilla with crushed up oreo inside, telling me it would “make me PR.” I loved the enthusiasm, but it was yucky.

Nothing that I can think of.

This was my first ultra, so honestly the entire race felt like a highlight! But more specifically, I had enough juice for a little kick at the end! Coming down off of the last climb up Hamilton Mountain with about 6 miles left to go, I felt a wave of endorphins that allowed me to pass about 5-6 guys. It was incredibly rewarding to feel that my training had paid off and that my body could take me all the way to the end.

I went out to the course two weeks before the race and did one 25k loop. Being familiar with the course made the climbs much easier mentally (but not physically!).

Even though it wasn’t a particularly hot day, it was only about 60-65 degrees, I got incredibly puffy. I need to work on my salt/liquid management.

There are multiple points in the climb up Hamilton Mountain where you think you’re at the top. You’re not.

GORGEOUS! While most of the course is in the woods, they are very nice woods. The Hamilton Mountain climb has amazing views all the way up, then opens up onto a very lovely ridge (or the “saddle”). On a clear day, you can see the snowy tops of Mt. Adams and Mt. Hood.

The 50k had about 7500 feet of elevation gain. My legs definitely seemed to think it was a tough course! The four climbs are spaced out almost evenly throughout the race, so there is time to recover before the next one. 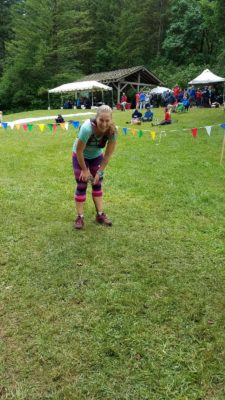 I’m not the best judge of this because I’m a bit of a slow poke.

During the 50k, you pass the aid stations 5 times. There is one aid station in the middle of the course that you pass 4 times and 1 at the start/middle/finish line. They were well stocked, but I wish there would have been potatoes and salt. I turned to the pickles to help my puffy hands.

And maybe some people dig the tortilla with crushed up oreo….

Race day was a typical June day in Washington: rain, sunshine, and clouds, and around 60-65. I’m not complaining because I heard it was 100 degrees the year before!

With so many aid stations, I didn’t need to carry much other than water and shot bloks. But I think that some people ran out of food and water along the course, so look at the distance between aid stations and make sure you have enough!