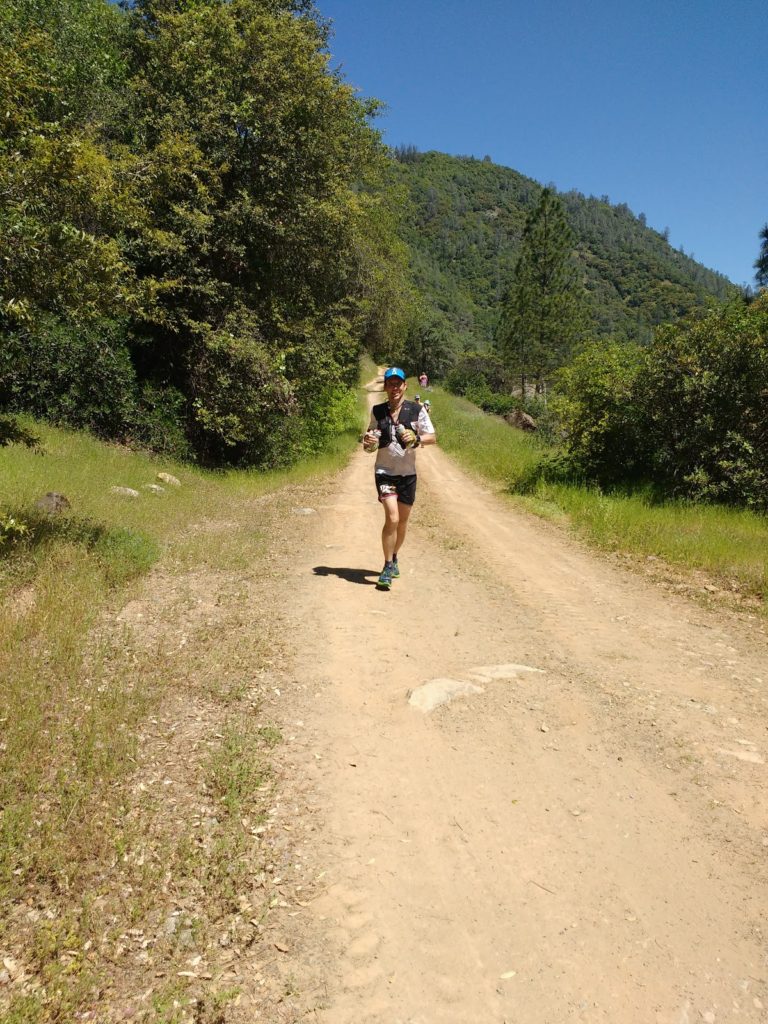 Matt and Julie and Paavo were there! Matt turned me on to the whole sponge down with ice water thing which was awesome.

Travelled with my buddy Mark Cliggett who is an ultra running Zen master.  Since he’d done Western States, he gave me a tour of the area.

It was hot, and the climbing was relentless.  Before the race I joked about how hot it might be, and it totally was.  It took me a lot longer to finish then I had originally thought I could do.

The finisher award was a belt – with no buckle.   It has Canyons 100K printed on it which is kind of cool.  The direction they were going was for you to eventually get the buckle from Western States.   The trucker hat in the general swag bag was cooler than the belt though.

The start of the race was exciting.   Mark and I got there before 5AM and had a good 45 minutes to hang out in Foresthill Elementary before the race.   Going out the gate was a fast pace, but slower starting out at Chuckanut.  It felt really good to run in the cool morning air, and the first mile or so was on a road.   After hitting the trail, the first creek crossing was deep and you had to use ropes.   I almost fell in.   Not too long after that I realized that this race was going to be more than I bargained for, so I started to drop back and was ok with it.

Coming up out of the first turnaround at the famous swinging bridge, I was running in a small group with the lead female runner (Cat Bradley who finished 1st) and some dude in a bright yellow shirt.   We were doing a good combo of run + hike and making good time.

I then fell into my nearly finishing placement, and it seemed to take an eternity to reach the second turnaround at Rucky Chuck (where I saw Matt, Julie and Paavo for the 3rd time).    Matt dumped ice on me again and it felt great.  This was the point where I felt the worst physically, but mentally kept staying positive and goal re-setting:  my mantra changed to “see a hill, walk a hill!”.  Another way I stayed motivated was to try not to let runners coming the other way see me walking back (as that would have surely demotivated them).   Because of the way the race spaced out, I hadn’t been running with anyone in my direction since mile 17.

The day started to cool down after the Cal2 station with 9 miles left. I could actually restart running faster again including some inclines.  I passed a couple guys on the way back in the last 4 miles.   Crossing the finish line was of course the best part, I do wish I would have gotten that burst of energy sooner.

Stay positive and keep spirits high in the low points.  Smiling and making light of the situation helps me get through it.

Do as much uphill running and hiking in your training as possible.   Having a stellar Canyons race is about being able to sustain the climbing and yet still run, or at least jog, the flats and downhills deeper in the second loop.

Practice downhill running, and be comfortable on uneven trails and rocks.

Train with fully loaded pack and bottles.  When you come out of an aid station with two full bottles and ice in your pack, you feel really weighed down.

Use the creeks to cool off – pour some cool water on your back or dip your hat.

I learned that heat really has a big impact on my ability to run.  I had some experience from Ragnar Texas but apparently not enough to get used to it.

The second loop is not easy but does have longer runnable sections.  You definitely want to dial it back a bit on the first.  There were a quite a few DNFs at the end of the first loop, possibly because runners were just too tired out after the first, or didn’t realize how hard it is.

Totally.  You can also envision yourself running Western States when doing it.

Not as deep at the 2017 Chuckanut,  but there were a handful of really fast runners.

There is no lottery, but the 100K sold out in a couple days.    If you are from out of town, you need to get a hotel room in Auburn.  I didn’t have any problem getting a room at the Holiday Inn and it was a nice place.

They were great and anywhere from 3-7 miles spaced out.     Because it gets hot in the later part of the day,  you really need to carry two bottles in the second half.

I thought it was really hot (by Washington standards) from noon to 4PM.  I heard that Western States is much worse because its much later in the summer.

Wear a pack where you can put some ice in it if you need it.

I saw most spectators at Michigan Bluff or at Foresthill.  Foresthill at the finish line was great, there were a lot of people hanging out in lawn chairs.  It was like tailgating.

I would give it 4 out of 5.  If you are trying to get into WS someday, this will help you training for it so would highly recommend.   As a bonus, it is one of the few 100K WS qualifier races. 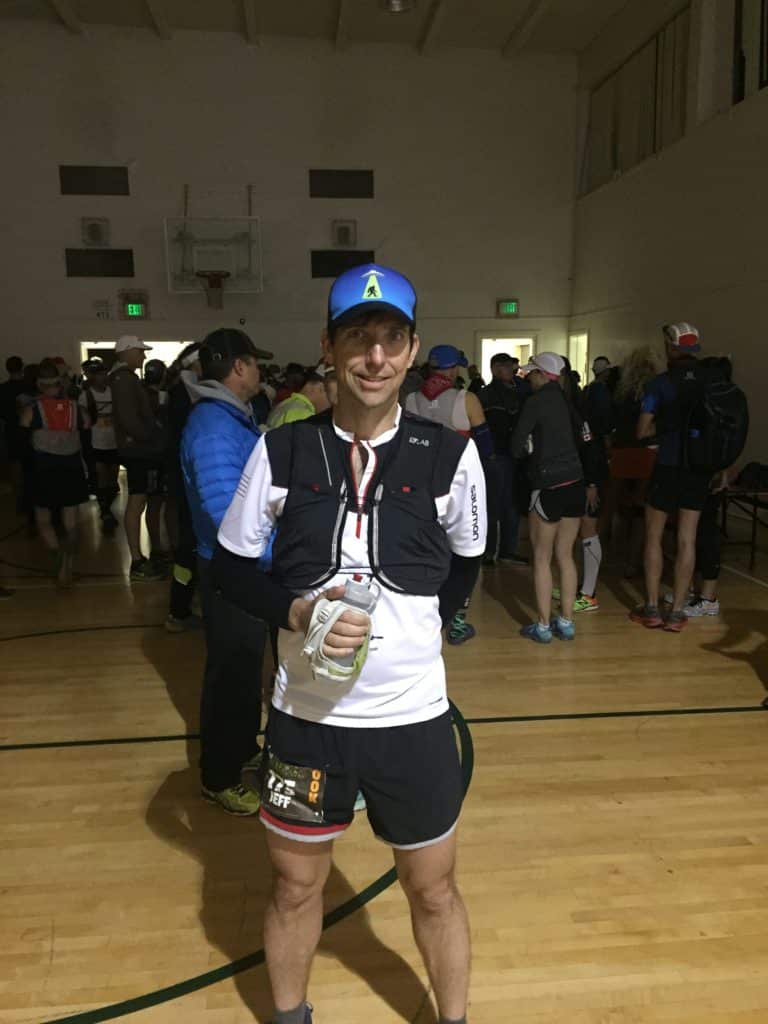