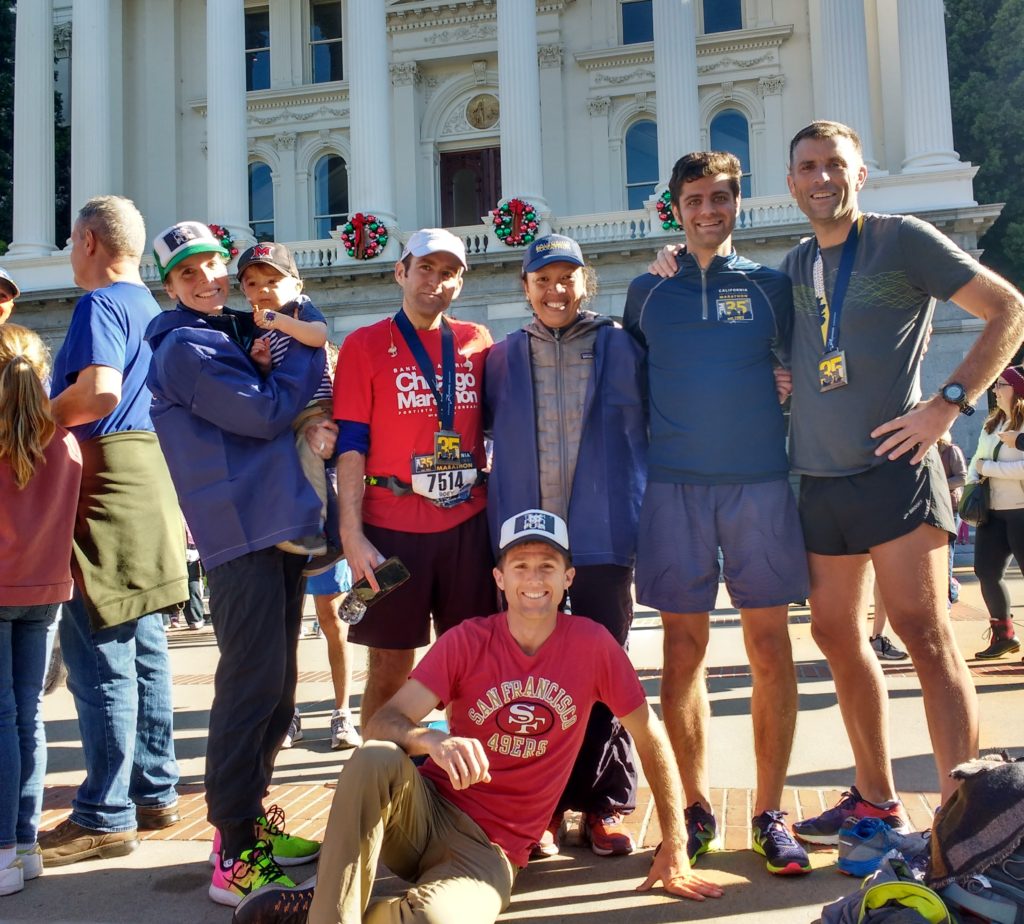 There aren’t any corrals at the start, and getting into the correct position can be tough. I tried to find my place with 4 – 5 minutes before the start with the goal of lining up just behind the 3:02 pace group. Instead I was initially stuck behind the 3:07 group and up against the fence; not a great place to start. Luckily, after the wheeled race began, runners moved forward and I was able to move off the fence (but was still around the 3:07 group). I’m a fan of corrals / wave starts.

I was pleased with pacing in this race. Despite a rolling first half, HR and pace were consistent, with only a +10 second slowdown between the first and second halves. It felt like a lot of runners started making their moves around miles 10 – 13, and I saw them again around miles 20 – 22.

I made my move around mile 19, which was a bit early. I was feeling good and I started getting ideas of catching the 3:02 group, but after just 3 or 4 miles I was squarely in the I’m-never-doing-this-again camp. I was able to hang on to the finish, but waiting a few more miles would have the same result with a bit less anguish.

Have a plan for the hills; early in the race it’s easy to get going too fast. While I consider myself more of an uphill runner, in this race I found myself passing others on the downhills (and sometimes 15 seconds / mile ahead of pace), and considered the uphills my chance to rest and get my pace back in the target. It seems counterintuitive, but it felt natural at the time.

This was one of the best managed races I’ve seen; the start was fantastic (see previous), and race logistics were easy. It is a bit of scramble to get back to your hotel after the race, but that’s every race.

We stayed at an Airbnb in Folsom to be close to the start, and had a crew member drive us to the start, which worked perfectly. Registration and the race expo were pretty standard, though they did have panels with knowledgeable runners like Lee McKinley and Tim Twietmeyer that may be worth catching.

I’ve heard of every possible weather condition for this race, but in my case it was clear and dry, with it being around 40 at race start and hitting the low 50s throughout the day. Perfect racing weather!

Yes. There are several quiet residential sections as a runner, so don’t expect crazy crowds like a big city marathon, but there are several places for friends and family to cheer and spectate. And watching the Olympic trials was a nice bonus!

Swag was above average for sure. The finish line had disposable jackets that are a lot easier to use than space blankets, and the expo gave a zip up jacket, socks, and a fanny pack that might actually become part of my standard gear.

I’d give this race a 5 out of 5 stars. It’s got almost the same star power as a big city marathon, but considerably cheaper and easier logistically. Getting to share the course with potential Olympians was a great experience, and the course makes it possible to have a really great day.