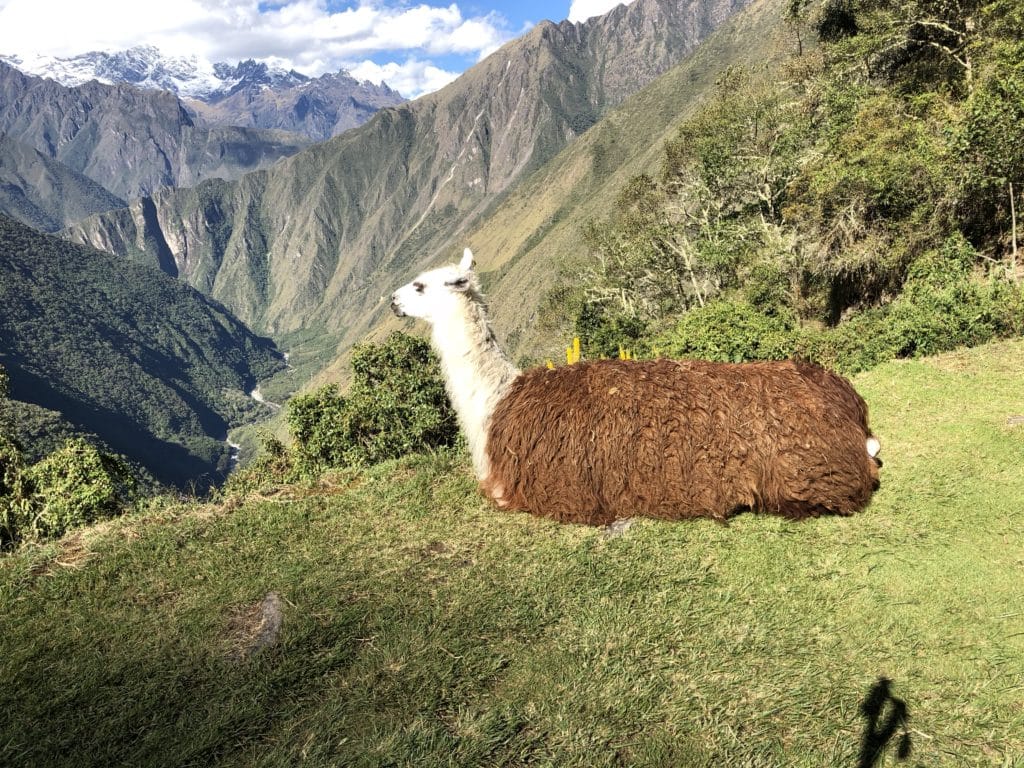 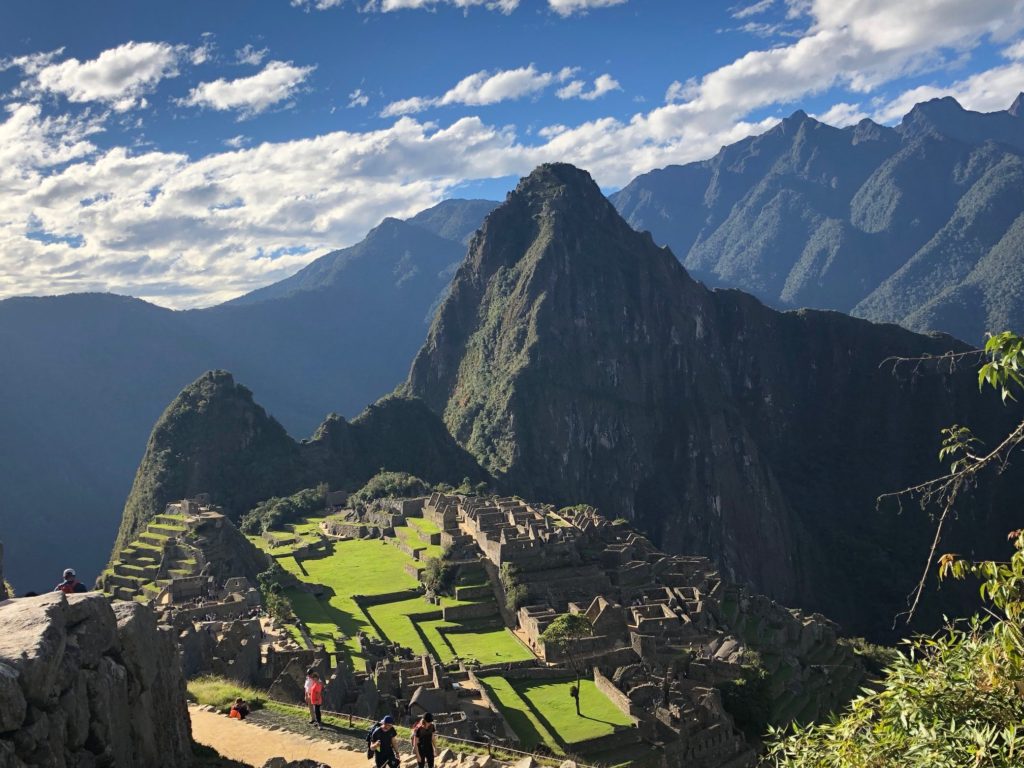 There honestly was not any aspect that I disliked, although I have to admit by the end I was not overly fond of the Incas and their darn stairs. They are not generally speaking a tall people so I am still confused why they built such big stairs.

It was my first time “running” at such a high elevation and while I was anticipating the breathing difficulties and feeling dizzy/lightheaded, I wasn’t really expecting the affect the lack of oxygen had on muscles. There were times when my leg muscles didn’t seem to respond to brain signals. It was definitely a weird feeling.

I actually did better on the uphill but slower on the downhill sections than I was expecting, mostly because the terrain was so rocky you had to be really careful. I did end up twisting my ankle and doing a nose-plant but fortunately was not badly injured (and luckily there was only one witness to this graceful move!). What happens on the Inca trail stays on the Inca trail lol.

Coach Mark did an amazing job of preparing me for the elevation gain and I would definitely recommend future runners to train for this as well. The race is all up or down, there are very few flat sections.

I am not sure that I would really have done anything differently other than carry more food. I got quite hungry before I arrived at the first aid station with food.

Stairs, stairs and more stairs! Most of the trail is steep, uneven, rocky “stairs”. Even the sections that have a relatively gentle incline are paved with sharp, uneven stones. I had looked at YouTube videos and pictures so I thought I was prepared but in reality it is much worse than it looks. It is quite humbling to get to the top of Dead Woman’s Pass thinking that now you will get a break and enjoy some nice downhill running…only to realize that is almost impossible because of the stairs. Sigh. My usual cranky knees were downright angry by the end! 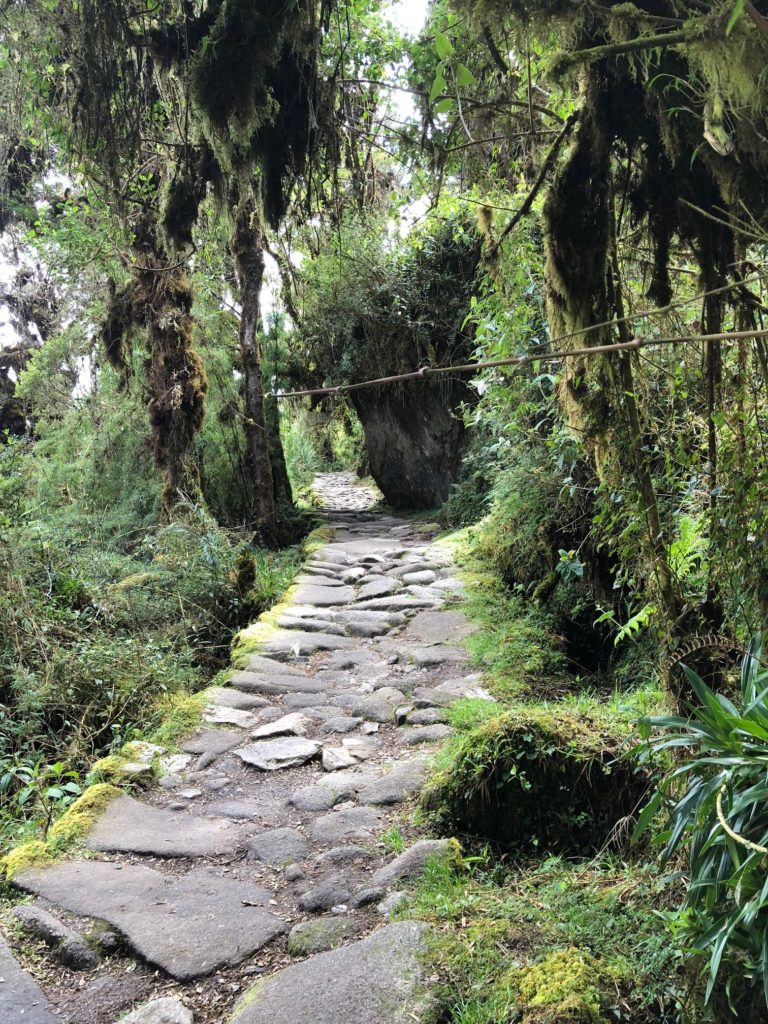 Stunning. Pictures just do not do it justice.

Umm, yes. Definitely a challenging course due to the elevation gain, altitude and terrain (nasty, steep, uneven “stairs” for most of the trail). This is not a race that you can just “wing it” which is my usual approach to racing:) Fortunately for me, I had a great coach (thanks Mark!) who prepared an ideal training program.

Very well run from the time I landed in Lima until the time I departed 12 days later. I felt so pampered and spoiled it will be a shock to my system when I next travel and have to do everything myself again! Seriously, they even printed our boarding passes, helped us check-in luggage and escorted us to the security line at the airports.

I think it varies from year to year but in general everyone is extremely fit and experienced marathon (and ultramarathon) runners. One runner had run almost 250 marathons! The difference was more in the type of terrain runners were able to access for training. People who lived at higher elevations in general did really well, although sea level runners were also amazing, my friend Gerald included who ran the entire course in his road racing flats. How??

The Inca trail permits sell out quickly so you do need to sign up early. I booked in August for the June trip.

The first 3 aid stations were water only. The two food stations (at miles 16ish and 20ish) had soup, granola bars, and fruit. If you want gels, Gu, etc you need to carry your own.

June is winter in Peru and while it is usually quite dry we did have a fair amount of drizzly rain. Fortunately not on race day, that would have made things very interesting! The temperature was highly variable as we ran up and down the passes so it is good to dress in layers. I felt like I was constantly removing or adding clothing for the first half of the race.

I carried the usual gear for a really long trail run and didn’t feel like I lacked anything. I would recommend carrying a bit more food as the first aid station with solid food is not until mile 16 or so.

No, unless they want to run with you:)

Definite 10/10! It was more than just a race, it really was a fantastic adventure.