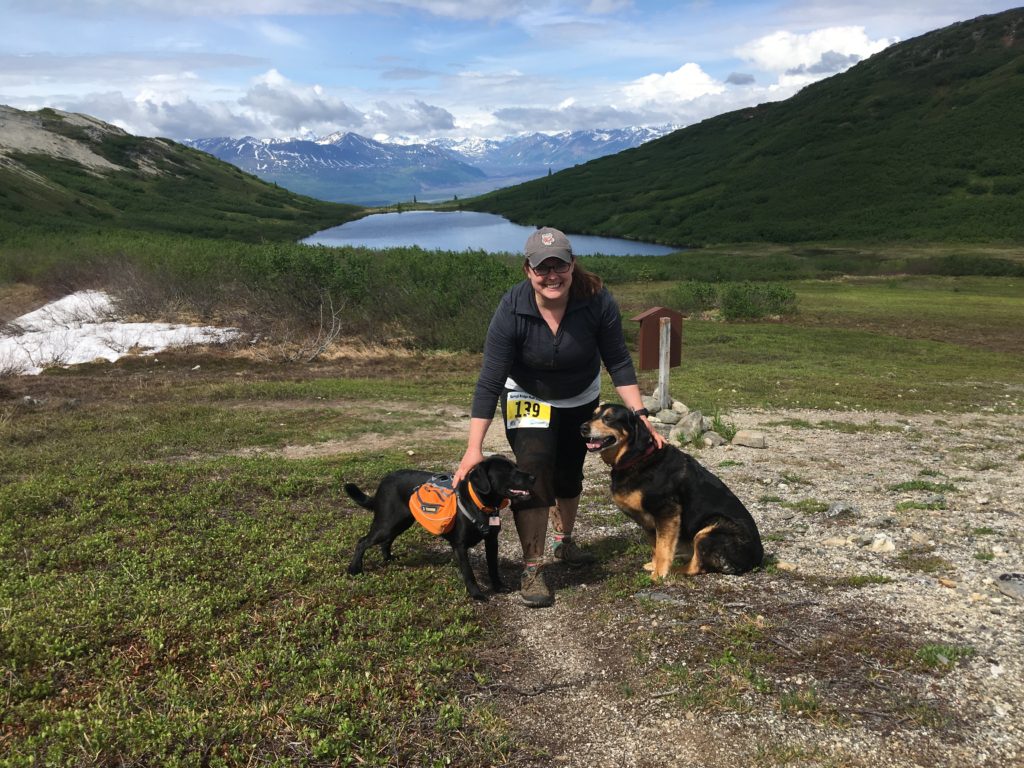 It was beautiful, challenging, and unlike anything I had done previously. I gained a huge sense of accomplishment from it. 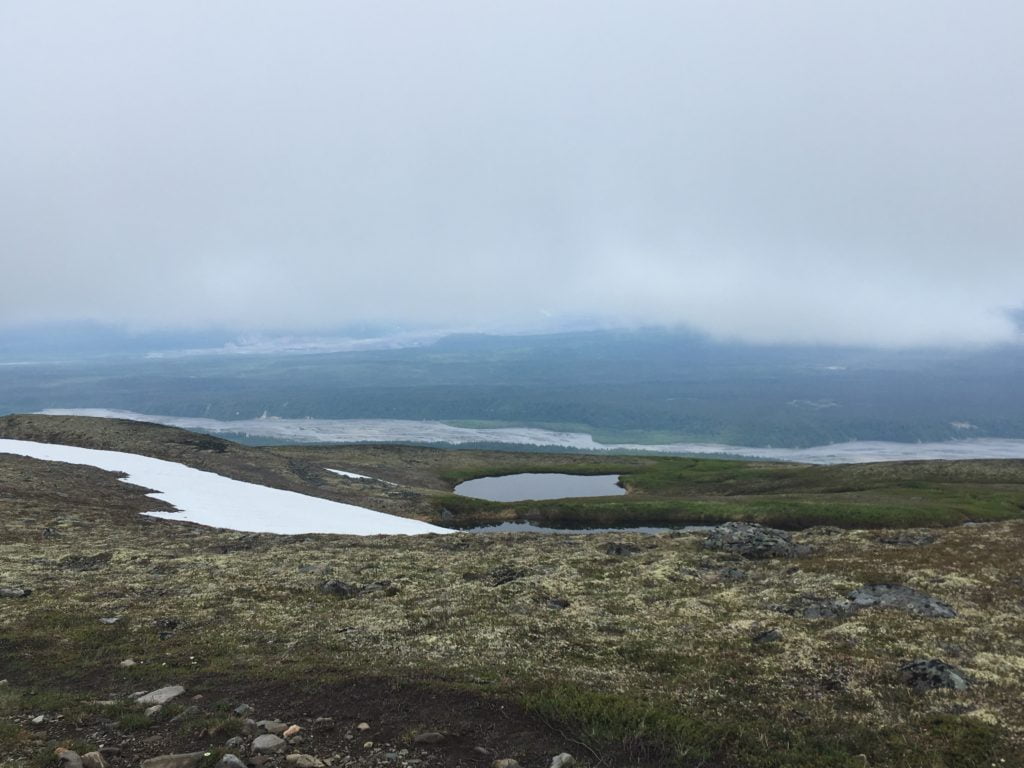 So many stream crossings…feet were wet from mile 4 to 15. Also, the snow was a real pain in the ass. It got soft toward the end of the day so runners were falling through more frequently, which is dangerous (snow covered boulder fields in some instances) as well as annoying. Lastly, the walk to the car was pure torture. Everything hurt and the mosquitos could carry away a small dog and the walk just. wouldn’t. end.

I mean, it’s all a little weird. Who wakes up and decides they want to run up the side of a mountain?

What I found to be really weird was how many spots just didn’t have a trail. The race director had put up a couple of flags, but if it weren’t for that, there were long stretches between hills that were mostly guess work. I remember thinking that if I were hiking it on my own I would have been completely confused, and lost a lot of time just trying not to get lost.

I was really just happy I finished – that was my goal from the outset. I have never run on technical terrain like that, so it was fun and challenging, and opened my eyes to a new type of trail running. I would never have imagined that people actually run on terrain like that. It was also the most physically demanding thing I’ve ever done, so just readjusting my perception of what I’m capable of was pretty cool. 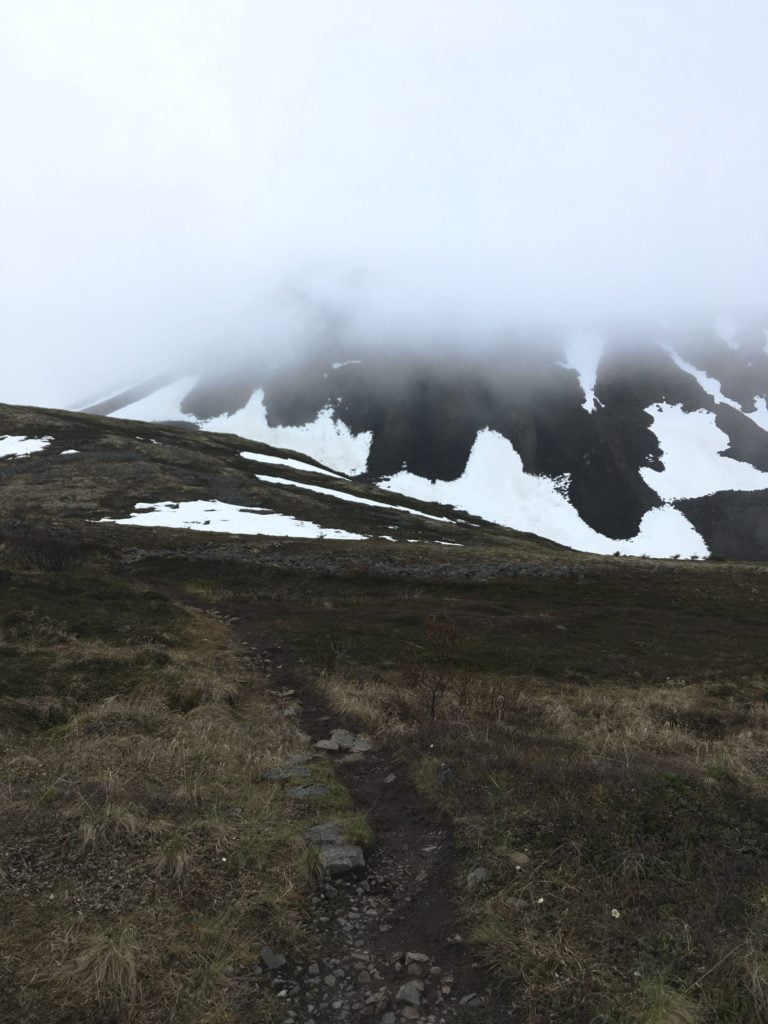 Train on hills….lots and lots of hills. Also be prepared for some seriously technical terrain. Lastly, if you do the half traverse instead of the full, the finish line is 3.5 miles from the car, which I totally discounted and didn’t train for. I had prepared for a 15 mile race, but ended up doing 18.5 miles after I got to the parking lot. The hike down isn’t quite as technical, but it’s still a hilly, buggy trail. Lastly, if you decide to do the full traverse, make sure you make it to the half traverse finish line by the time cut off, or they’ll make you walk down the hill at the half traverse finish line. (It was four hours this year, they moved it to 4:05 for next year). The timers stopped someone from doing the full race who came in at 4:02- 2 minutes behind the cut off. Because of permitting issues, they’re really strict about it.

I will absolutely train on more technical trails before next summer (and I am totally doing this again next summer!) I will also train as if I’m running a 19 mile race so I’m not hurting quite so bad by the time I get back to the parking lot. Be prepared for all sorts of weather, and to support yourself as well.

There is no support up there and the weather can change rapidly. Two weekends prior we tried to hike it but got snowed off the mountain…in June. I would highly recommend having at least some backcountry knowledge before attempting this race, and carry extra gear. There are no aid stations and no volunteers, except for the sweeps (who do carry extra food and first aid supplies, but are typically a couple of hours behind the front runners). 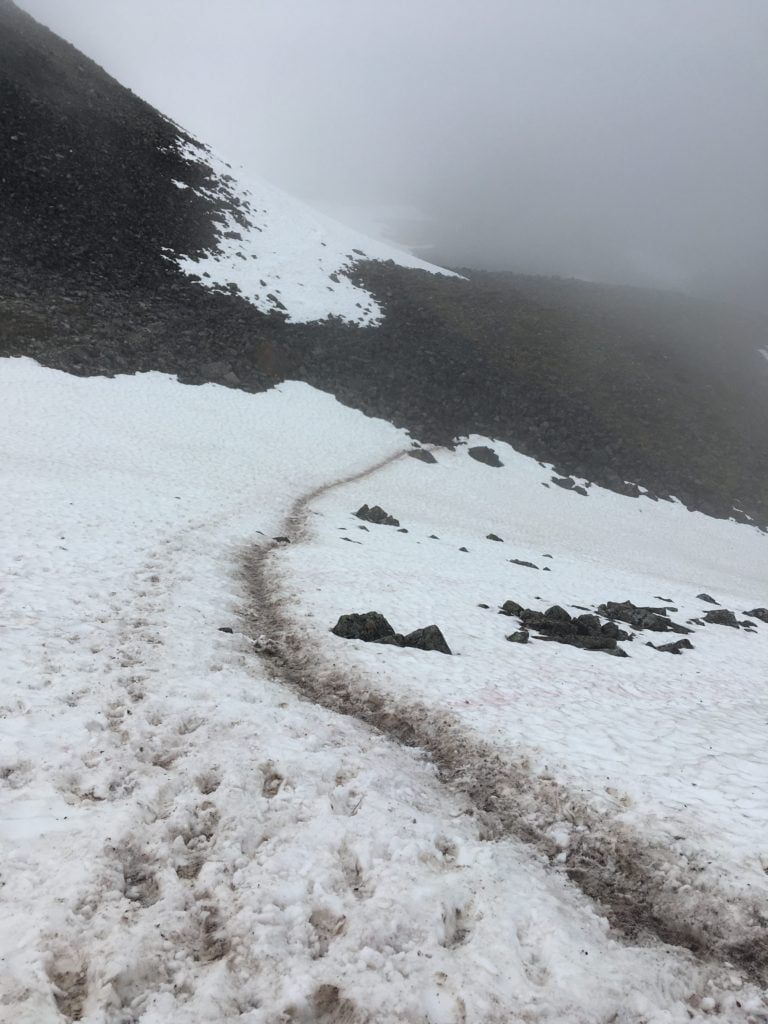 It’s GORGEOUS!!! (when it isn’t foggy). You work for the view – there’s 2600 ft of elevation gain in the first 4-5 miles, but it is SO worth it. On clear days you have views of Denali for the entire ridge line.

It was well organized, but because of how remote the start and end were, the nature of the beast is that it’s just not a heavily supported race, which could make it feel a little less organized. I thought it was well done, though. 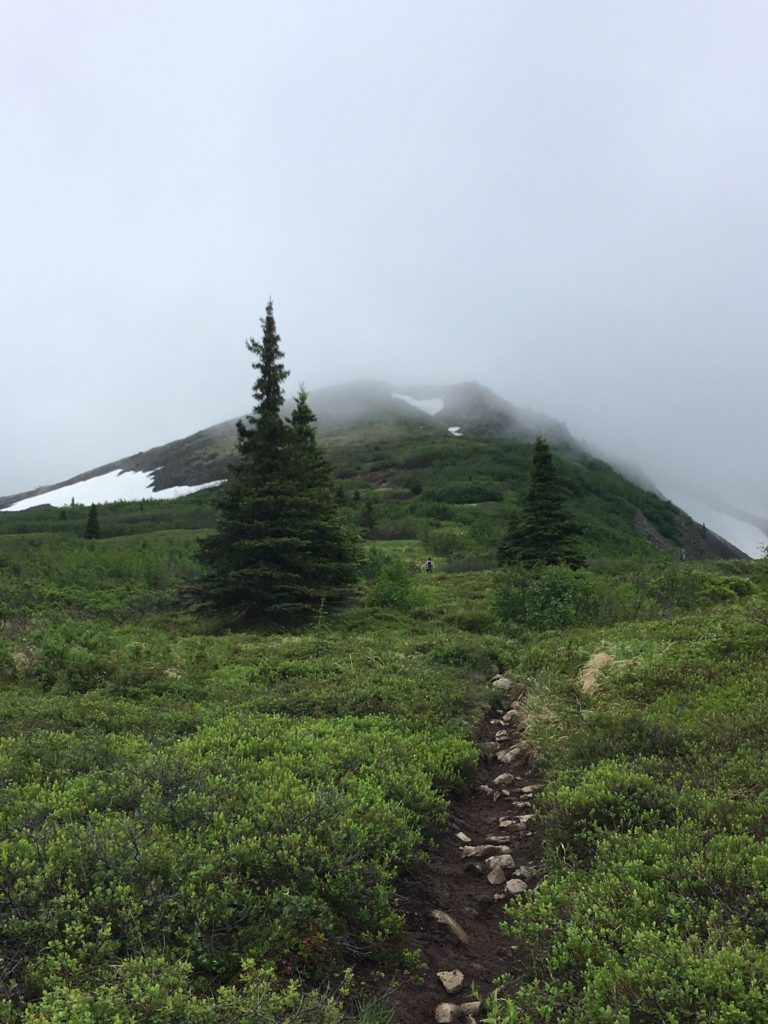 Very strong. I was definitely in over my head – there are serious runners in this field, and this race is gaining attention in the lower 48. The fact that they cap both the full and half traverse at 50 people means a highly competitive field.

The race is about 2.5 hrs from Anchorage/4 hrs from Fairbanks. There are no hotels in the vicinity, just a couple of airbnbs in a small town about 30-40 miles away. Be prepared to travel the night before and camp out, then travel some distance after the race to access showers and a comfy bed. The finish line and race HQ are right next to a gorgeous and very cold lake, if that suits your fancy. There are also plenty of camping areas near by.

Don’t break an ankle – it may take a while to get some help. There are sweeps on the trail for both the half and full traverse, but other than that there’s no aid station along the route (there is a timer with basic first aid gear, sat phones, and radios at the 15 mile mark). Serious injuries mean waiting for a helicopter, so don’t let that be you!

Weather can range from sunny and 70, to rainy, snowy, hail, and in the 30s….sometimes all in the same day. Fog is common. This trail runs perpendicular to the Alaska range and Denali Mountain. Denali (former Mt. McKinley) is so tall it creates its own weather systems, so weather is volatile and hard to predict.

There is a mandatory gear list for the race, including: hat, gloves, long pants, long sleeve shirt, and jacket, as well as sustenance. Bears have been seen along the course, so carrying bear spray is also recommended. Headphones are highly discouraged, as not being aware/able to hear increases your odds of coming up on wildlife unannounced.

There were no spectators along the course – I was completely on my own for pretty much all of it.

Not so great….not even a T-shirt! They had hats and socks they were giving out. This is definitely a “self-satisfaction only” race…it gives that out in spades.

I would totally recommend this if you’re into the Type II fun. I’ll be on the course again next year, with some tweaks to my training and hopefully a better time! 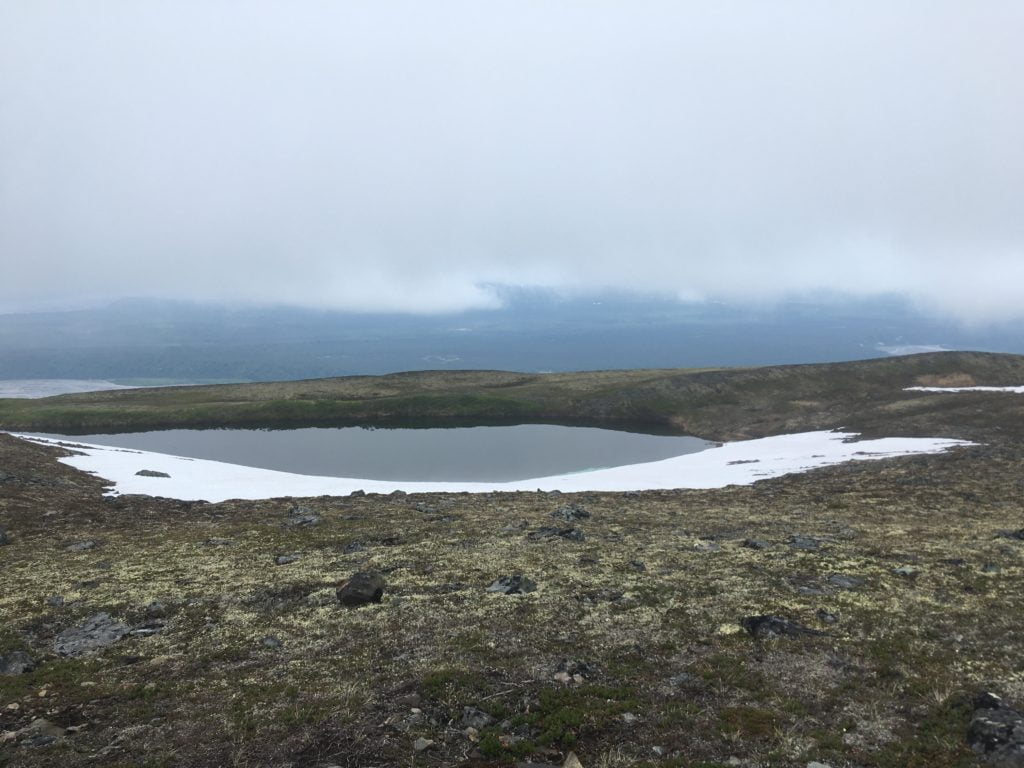