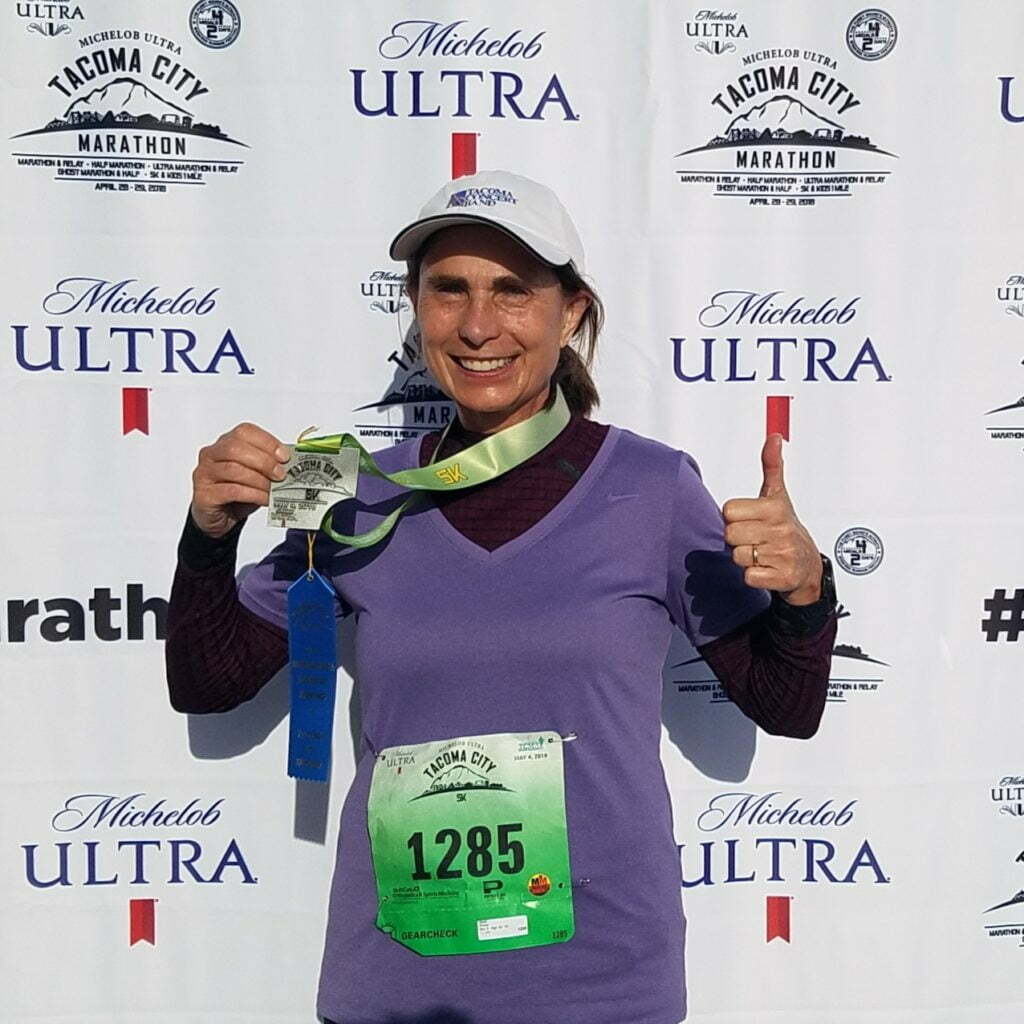 Years Running: 3 years this go around

If they aren’t cancelled:

Currently working on finishing a 5k in under 27 minutes. Last year, I did do a 5k in 25:35 but it was 90% downhill. I have been increasing weekly mileage and getting close to a base of 25 miles/week (up from 15 miles a week last summer before I got injured).

I want to be able to run for the rest of my life which means preventing injury as much as possible. I had issues with shin pain last September and had to lay off running for about six weeks – after that, realized I need to do everything in my power to stay injury-free: core-work, stretches, strengthening leg and other key muscles, nutrition, proper recovery time, etc.

I ran track in middle school but only short distances, mostly competed in the 440 relay. Then I got caught up in the running craze in the 80’s and thought I would try to run a marathon after not having run at all for several years. Starting from 0 I built up mileage, ran a half-marathon in 2:00 hours with the last three miles at an 8:00 pace, and decided marathons weren’t for me, I’m more speed than endurance. Three years ago I started running again after a thirty-year break. That first year of running, my 5k race times were over 31 minutes, then last year, my race times got closer to 28 minutes, an improvement of over a minute/mile. What I’m proud of is that except for when I was injured I have been running consistently week after week, at first three times a week, then four times a week, now five times a week for three whole years – even when I’m on vacation. I’m rarely this disciplined or consistent in any of my other endeavors. I am also proud that even though I’m getting on in years I am getting faster, stronger, and fitter than I have ever been.

Favorite Part About Being a Runner

I love how I feel when I run – it’s similar to the joy depicted in the opening scene of The Sound of Music when Julie Andrews runs through a field singing. Running for me is like meditation because my mind stops spinning on life’s ups and downs – i’m focused on my breath, my form, and all the beauty I see around me on my route. I like that a side benefit is I can eat a bit more and that I feel healthier in general. As a numbers nerd, one of my most favorite parts of running is coming home and downloading my stats, updating my spreadsheet with all the wonderful data available to us with today’s technology. I track pace, heart rate, effort, sleep, cadence, mileage, etc. in a bunch of different ways. I enjoy this part as much as running!

My best race in the last 3 years was last September in the Gig Harbor Race for a Soldier. I have participated in 18 races since August 2017 and have placed in the top three of my age/gender group in 13 of those 18 races. Sometimes there aren’t that many females participating in my age group but in the Race for a Soldier, I was first in a field of forty-four 60-69 year-olds with a time of 27:46. In the previous year, I finished at 31:36 for the same race, an improvement of almost 4 minutes! 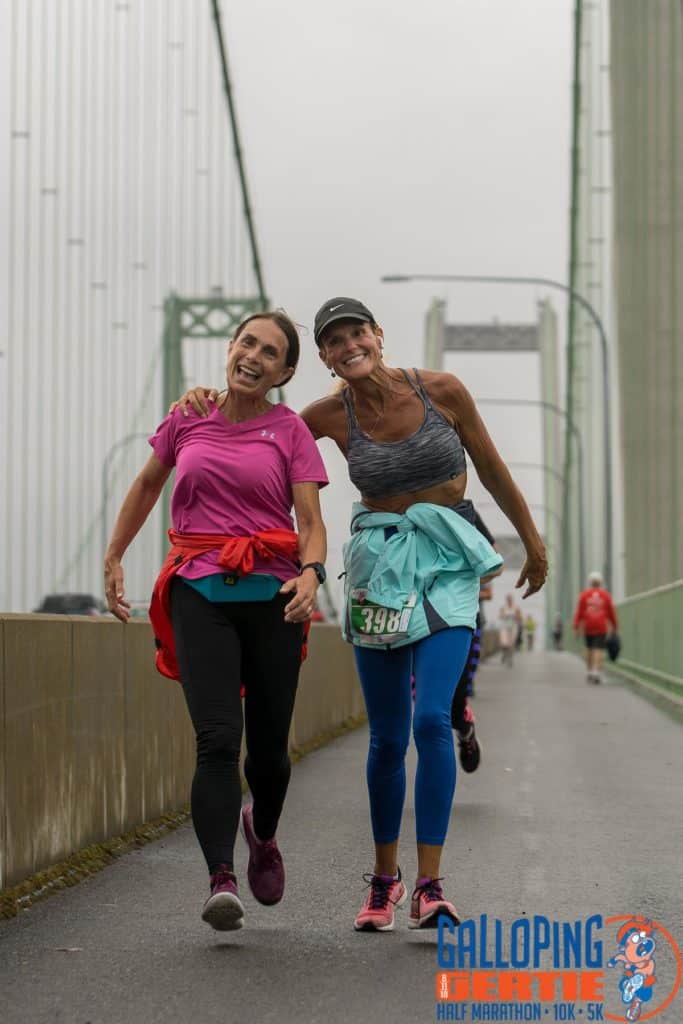