Texas weather is unpredictable. It was dry for this race all of about 2 hours. After that – it rained hard, then just sprinkled for 4 hours, rained hard again, sprinkled some more, got foggy, then sprinkled some more. I saw some of the gnarliest falls – from trips and falls. First mile this old guy tripped, broke his glasses, and tore up his elbow. Saw the same guy later in the race do a Charlie Brown fall when Lucy pulls the football away. The Dude’s feet went up over his head, it was awesome – but only because it wasn’t me and he didn’t get terribly hurt… 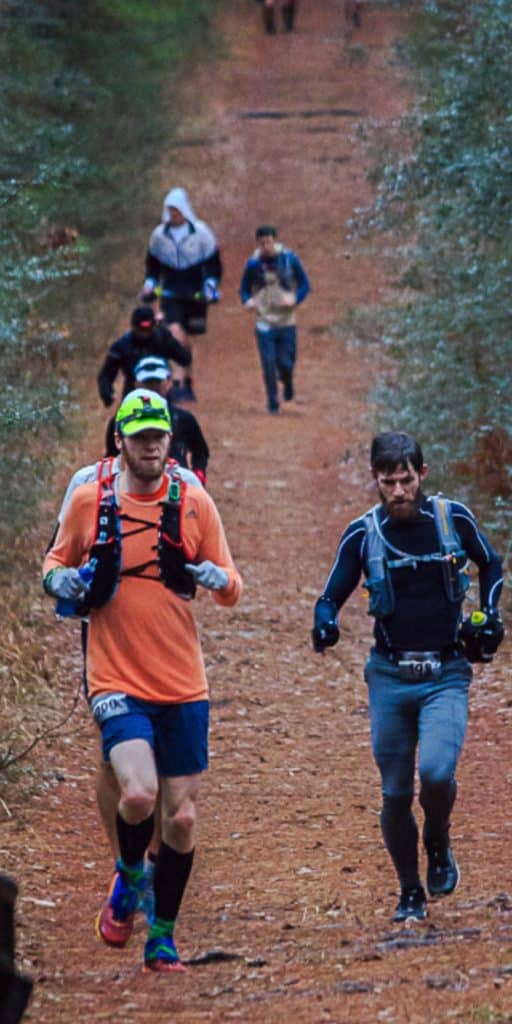