Get to the bathrooms early! and watch for bears. There was apparently a bear seen near the porta potties which were near the dumpsters.

I anticipated being a lot hotter than I was. It was 75 with some cool breezes and I just didn’t get that overheated. Being a cool weather gal I thought that would be a huge problem for me. I drank water throughout the race but don’t think I made it through my 1.5 stowed liters. I did drink at aid stations and ate 4-5 GUs throughout the race.

As with many races, the further along in the race I got, the more spaced out everyone was. The first leg you are practically on top of one another and most people were power hiking the majority of the up. It was steep. By the second leg, for five miles, there are more rolling hills and runnable trails and I definitely encountered people but had solo running time alone as well. By the third leg of about 5 miles I was basically on my own the majority of the time. It’s a lovely downhill run through the forest along a rushing creek that’s winding its way down to the lake. When you pop out of the forest at the lake you suddenly have big sky and big field views. Then it’s another pretty jaunt along the lake to the finish line.

Most people have to park about 1/2 mile away with a lot of up to get there. Bring extra clothes with you and leave them in the specified area for after the race. You’ll want to hang out and listen to music and drink beer without having to climb back up to your car to retrieve your belongings.

I have been having issues with calf cramps and although I did stretch pre-race that first up is very steep and I did get cramped up for a while. I would do a warm up run and stretch a lot more if I did this again.

Once you get to the first aid station you’re golden. You’ve done the hard work and now you just need to persevere. The next miles are mostly down and/or rolling and quite a bit out of the sun. 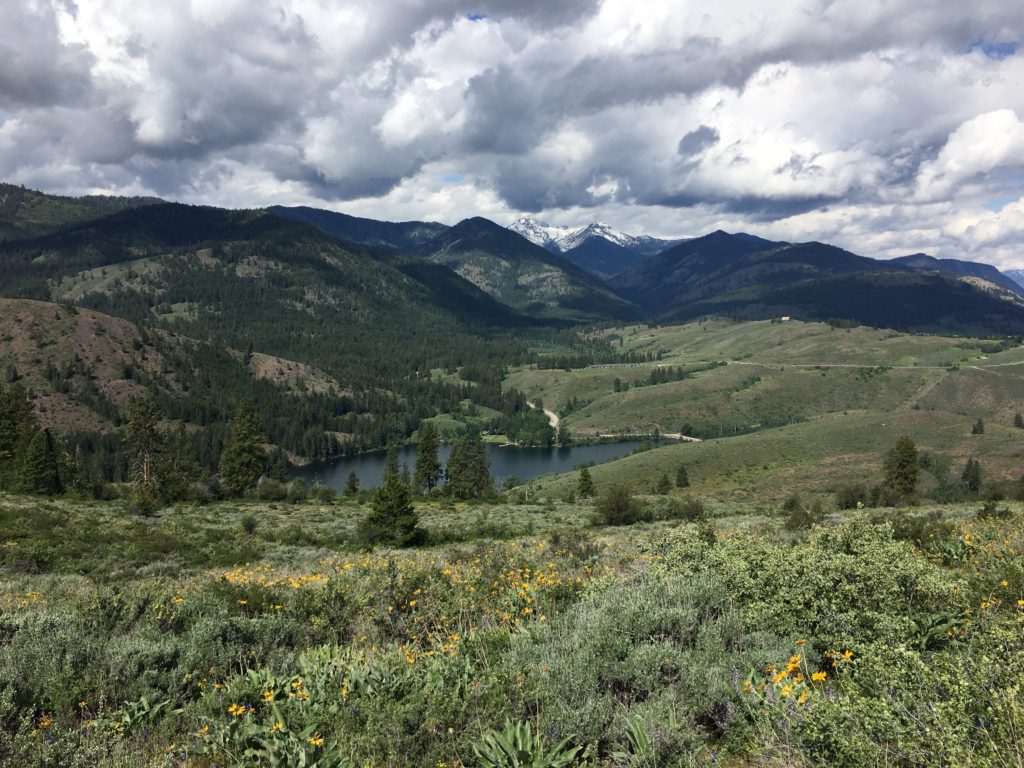 The first leg of 7.5 miles is the most challenging because the majority of the elevation happens. You start with a short trot down the road (.5 mile maybe) and then everyone goes single file up the hill. If you are a faster hiker you’ll want to get to the front of the pack because it’s not especially easy to move ahead otherwise without straying off the path. The trail to the very top of the hill, which is probably the steepest part, is also the trail that people use to come down and they are barreling down as fast as they can after the steady hike up. You need to watch out for people to avoid collision. The it’s down for a while and nice but then there are a couple hundred feet up to the first aid station at the Sun Mountain Lodge and that was mentally the hardest part for me. You’ve been exposed in the sun for a while and then you can see all the people climbing above you and it’s daunting.

It all felt very well run to me.

Some runners beat me, I beat some runners. I think there were people of many fitness levels at the race.

Standard fare for the most part. I loved the watermelon.

It was 75 and sunny but had rained a bunch recently so it was not too dusty. I imagine it could be dustier.

I wore a running pack with hydration tube for easy drinking. I saw some 50 kers without. A hat is probably key as there’s often sun. They did have bug spray and sun screen at the aid stations as bugs were an issue for many.

The lake at the start/finish is wonderful for kayaks, SUPs, fishing, canoes, and swimming. Your family could hang out and play on the lawn and enjoy the lake. We had SUPs and paddled out the first day and cheered on the last of the 50 kers who finished along the lake. When I raced my husband waited out there for me and cheered me from the lake, nice surprise.

Tech shirts and sweatshirts not cheap but cool design. They had lots of last year’s things for cheaper. We got a buff for swag.

I’d give the race a 5 out of 5 stars. I loved the scenery and people were relaxed and happy for the most part. 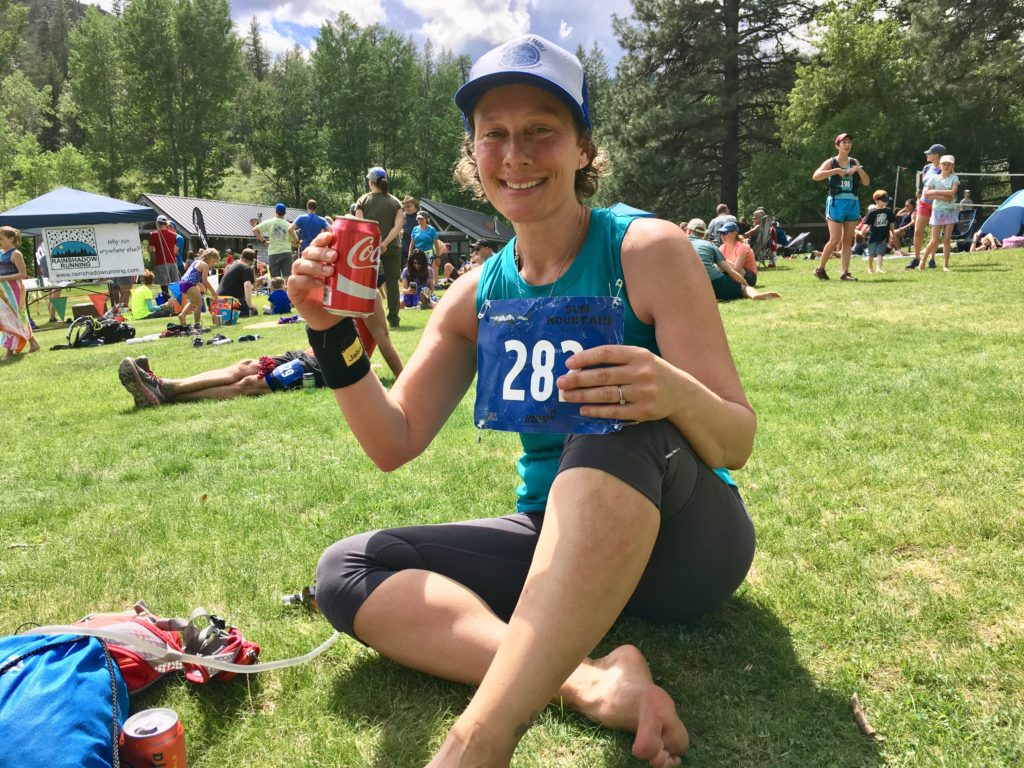