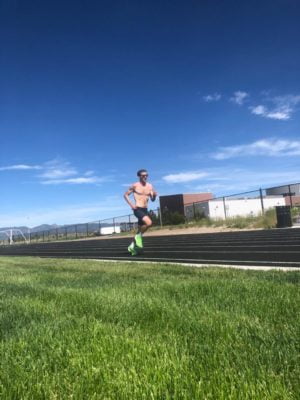 With the uncertainty of future races and training disrupted, it can be easy to feel a loss of motivation in training and running. I know many runners are just putting in easy miles right now but, I think a lot can be gained from competing in virtual races. It will help with motivation and help mix things up a little bit. Plus, I believe there is a long term benefit to going out and putting in your best effort despite the conditions.

I was planning to run the Eugene Half, Rock n Roll San Diego Half and then Grandma’s Marathon this summer. I was eager to go to these races and compete so that I could attempt two long time goals: sub-1:10 in the half and sub-2:30 in the full. However, week by week I saw all of those races cancelled and knew that I was not going to be able to achieve those goals anytime soon. I live in Colorado Springs and the prospect of targeting those times, between the elevation and lack of competition due to there not being any actual races, seems unbearable.

At first, I will admit, the prospect of competing in virtual races seemed pointless to me. I am a runner focused on competing against myself and I understand how important it is to line it up against other competitors to pull out the best in myself. For example, when I last raced, the Houston Marathon in January, the major difference between that and other marathons was the number of competitors that I had around to help push me. I started the early miles with a group of half marathoners until the 7 mile split point. I then found another small group and worked with them until the halfway mark. Then another group up until about 18 and then I broke free. I felt confident and strong. I ended up with my PR at the marathon distance by 8 minutes.

In my mind, there was no way that I could run my best race virtually without actual competitors. This is especially true when I live at 7000 feet, where faster times are hard to come by. So, what was the point? Why compete in these virtual races?

After the cancellations started rolling in, my coach sent me a text, on a Monday, asking me if I wanted to compete in a virtual race that weekend. She recommended running a 10K at that distance. I figured, I had nothing to lose and I might as well go for it. I immediately sent her a text back letting her know that I would do it. I was feeling pretty dejected at that point and had lost some of the mounting momentum and motivation in my training. However, the prospect of going all out by myself suddenly gave me a jolt of motivation. It turns out that this jolt is exactly what I needed.

That Saturday, I headed over to the track near my house with my racing flats to make sure I put forth my best effort. I had a nervous excitement, similar to what I feel when I am about to toe the line at an actual race. It was decent running weather (mid-50s and sunny) and the conditions seemed great for what I was about to do. The track near my house is less than a mile away and I figured it was the perfect place to do it. It is flat, I know the course, and I don’t have to worry about stoplights, traffic or even pedestrians getting in my way. It was perfect.

After getting out to a decent start, I found my rhythm, as I normally do in a race. Then, as usual, late in the race the pain set in. Rather than thinking “what’s the point”, I found myself digging deeper. I remember those last two miles being a distinct pain. It is the type of pain that you only feel in the middle of the race when you have something on the line. While I might not have had anything on the line, I still pushed hard and didn’t think about that fact. I actually was only a few seconds off of my 10K PR. I was shocked. I didn’t think I would be able to put in that type of effort by myself.

Since that race, I have now completed 7 virtual races in a span of a couple of months. I would never have thought to race that much during a typical training block. In fact, during one weekend, I ran a 5K (15:53, which is 5-6 seconds off my personal best) hard on Friday and then turned around a half marathon on Sunday (1:12, one of my top 5 times). While they were not PRs or earth shattering times, those are still some pretty solid runs for me. I never would have thought about running a 5K and a half in the same weekend. I would have been too concerned that I wouldn’t have been able to give my best in either race. The prospect of virtual racing gave me the opportunity to do something new and different.
Regardless of the outcome, virtual races can still be beneficial. I feel like these virtual races have given me something to target and look forward to. It allows me to give my best and compete against my biggest rival: my previous self. It is help in formulating that intrinsic desire to get better to prove something to myself. This is super important when I am in an actual race. I need to get used to dealing with discomfort and still have the intrinsic desire to push to my limits. This is a skill that can be developed during virtual races and something that I can utilize when things when normal road races resume.

There is also the added benefit that you are truly getting specificity in regards to your training. There is nothing more specific than running race pace at that particular race distance. As my coach has said to me in the past: I can put a workout on your calendar and have you run a total of three miles at 5K pace but, a 5K race is going to provide more physiological benefit overall. Plus, it gives you some practice when the real racing starts up again.

In other words, competing in these virtual races will benefit me in the long run. I am sure of it. I am even considering throwing in some time trials even when there are actual races to compete in just to do as hard workouts.

I will definitely going to continue competing in these virtual races (perhaps even post COVID-19) and I encourage you to do the same. It will make you a better runner in the long run and give you something to look forward to in this uncertainty.

Joey Teter is a coach with Team RunRun. To learn more about him or to work with Coach Joey, check out his coaching page. 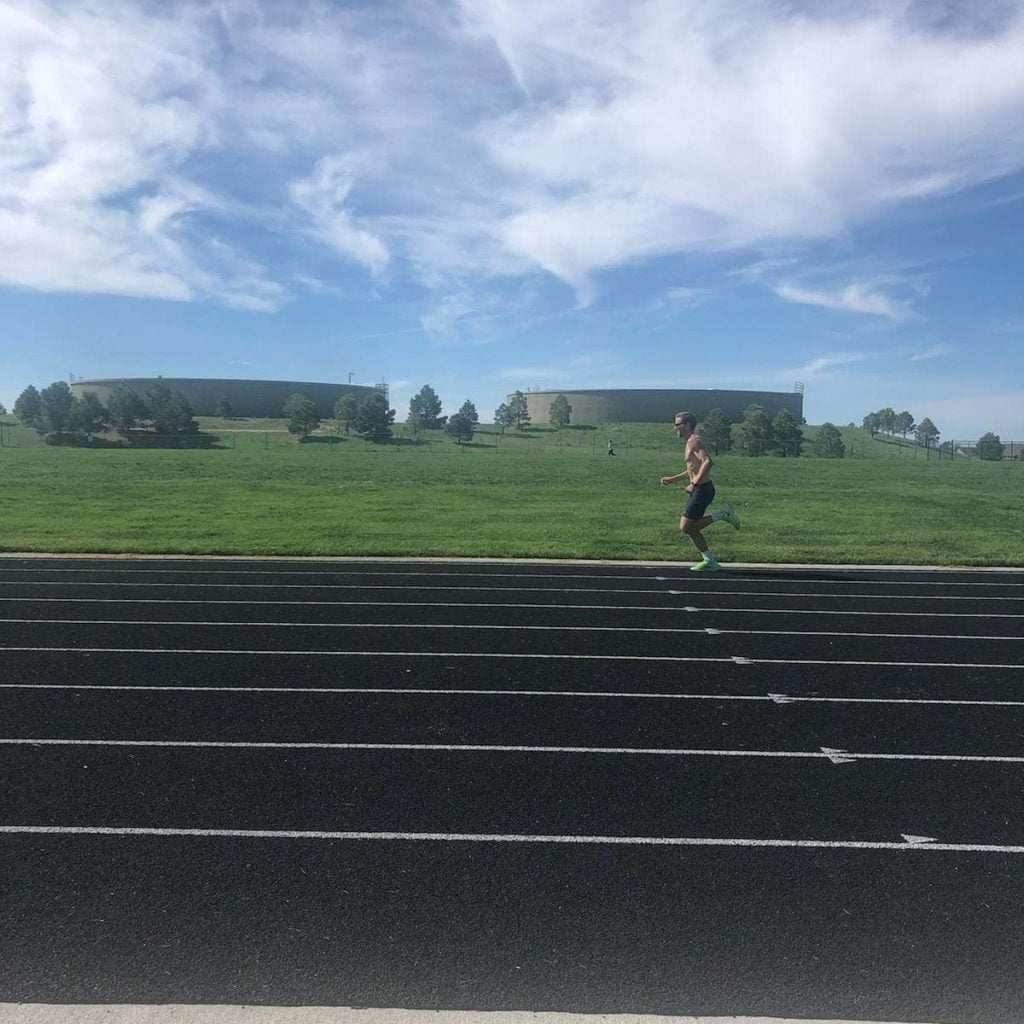