It’s a conundrum familiar to many of us – either as a coach working with frustrated clients or as a runner wondering why the number on the scale refuses to budge – or worse, creeps up – even as our weekly mileage increases. It’s seemingly intuitive logic: “if I am burning more calories, then I should be losing weight”. So what gives?

There may be one of several reasons for this. For some runners, it’s a simple formula: increased mileage = increased energy expenditure = big spike in hunger. Running does burn calories (100 calories/mile on average, depending on your weight and intensity), but many runners – especially those just starting out – overestimate their calorie burn. The reality is that, unless you are running a significant number of miles every day, you probably aren’t burning enough calories to justify that slice of cake or those extra slices of pizza.

Think about it this way: a 140-pound woman who runs 5 miles at a moderate pace will burn approximately 450-500 calories. That may sound like a lot, but 500 calories is (roughly) 2 slices of pizza, one PB&J sandwich, a few handfuls of chips, 2-3 cookies, a few beers, one coffeeshop muffin, or one Starbucks mocha. It’s a slippery slope once you start giving yourself space to add extra calories to your daily diet, and if not done smartly, it can lead to weight gain, not the weight loss desired and expected. Remember: the average calorie deficit needed to lose one pound is 3,500 calories. That’s a lot of calories to burn or cut, so be patient with yourself!

Conversely, for runners whose main goal in increasing mileage is to shed some weight, the culprit behind the weight plateau or gain can be counterintuitive: they aren’t taking in enough calories. You may initially lose some pounds if you both add miles and seriously restrict your calorie intake – but that’s before your body cottons on to what you’re doing. Because your body doesn’t actually care if you’re 5 pounds away from your goal weight, or that you want to look good for your cousin’s beach wedding this summer. Your body cares only about functioning at optimal levels. Survival. And once you restrict your calorie intake too much, your body enters what is referred to as “starvation mode”; in effect, your metabolism slows down and your body holds onto what fat you have like a kid hanging on to their candy bucket on Halloween. And again, you’re left asking, “Why don’t I lose weight running?”

Finding the sweet spot of calories in vs. calories out isn’t always easy, but with a little trial and error, you can find that balance. Try this: keep an excruciatingly-detailed food journal for 7-10 days, in which you write down literally everything that passes your lips (except water). Write down portion size (roughly), too, as saying “one spoonful of peanut butter” can mean anything from 200 calories (the average calories in 2 tablespoons) to 800 calories if you mindlessly keep scooping. Then sit down and count out those calories (sites like Nutrition.gov and MyFitnessPal should give you accurate numbers). You may be very surprised to see that, where you thought you were doing well between lunch and dinner, you were actually consuming an extra 500 calories with those sips of hot chocolate, a bite of a donut, a handful of chips, that pre-dinner glass of wine, etc.

Past calorie overloads and/or deficits, another reason you may not be losing weight is that, as you’ve probably heard through the gym grapevine, muscle weighs more than fat. This is especially important to note for runners who are starting off with essentially no training. Heavy lifters transitioning to running won’t see the same effects. Running isn’t a massive muscle builder, but the stronger and more efficient you get as a runner, the more muscle mass you are slowly building. Remember, then, that having a healthy balance of muscle and body fat is far more important than the number on the scale, and your clothes may actually fit better as you gain lean muscle mass, even if the number on the scale isn’t budging. All of that said, muscle does burn more calories than fat, so investing the time and energy into strength training – and not focusing solely on pounding that pavement – will benefit you even more in the long run.

Finally, if you are still not losing weight and are at a total loss as to why, think about varying your routine. As your running endurance, efficiency, and strength increase, so too does your body become more acclimated to the challenges imposed upon it. If your body doesn’t need to work as hard to run that same 10-mile route you’ve always done, you simply won’t be burning as many calories. So ask your coach to incorporate some strides or tempo runs, push yourself to add some hill repeats to one run each week, and consider adding some plyometric moves to your cross-training routine. Intense bursts of exercise stoke your metabolic fire, resulting in a spike in heart rate and an uptick in calories burned.

At the end of the day, incorporating running into your life is a GOOD choice. There are many health benefits to running – physical, mental, and emotional. And, unless your physician has prescribed weight loss measures for health reasons, the number on the scale should take a back seat to the longevity-boosting effects of a consistent exercise program. We are all human, though, and want to both feel AND look our best. Taking a hard look at both your daily diet and fitness routine can lead to changes that will enable you to meet ALL of these goals.

Kate Marden is a coach with Team RunRun. To learn more about her or to work with Coach Kate, check out her coaching page. 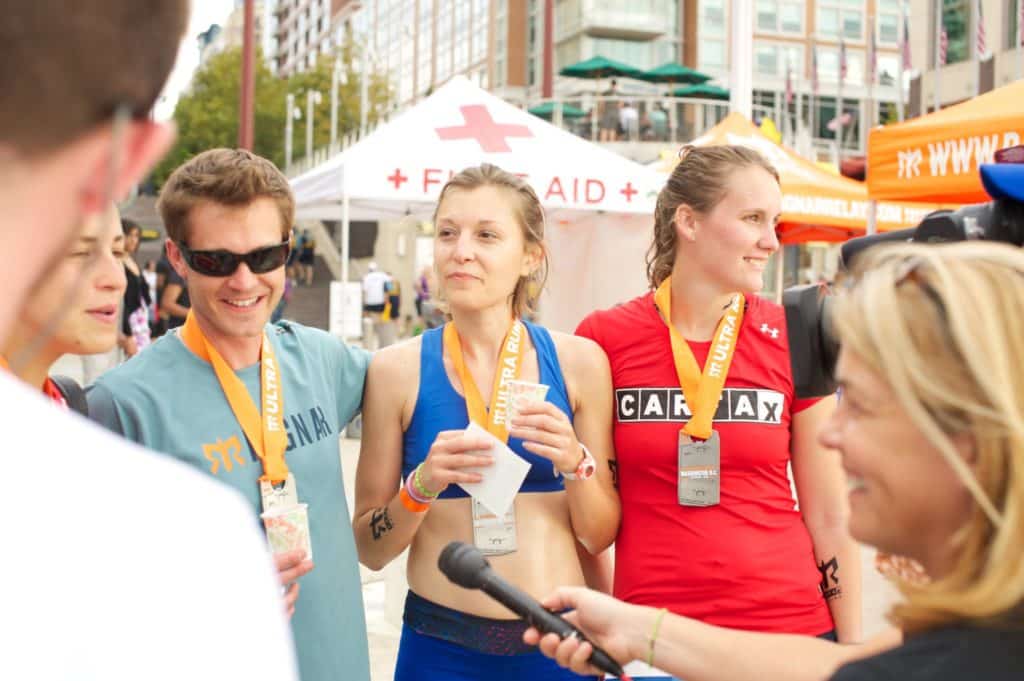