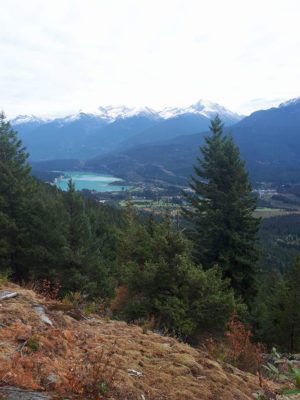 I think it is more cool than weird, but the top aid station is helicopter dropped in. Who wouldn’t want to drink coke and eat chips in the presence of a glacier… twice ☺

I took this race as an opportunity to travel to whistler during the summer (I had only been for skiing). So I did not “race” as much as use it for a supported long run. Plus the idea of running to a glacier twice sounded cool as hell. I am a bit of a sucker for hard, very vertical oriented ultras, so this fit the bill. I managed my nutrition very well, and stayed relaxed the entire time. I ended up running a lot with a lady training for the Moab 200 and thus picked her mind for my upcoming Javalina Jundred. There are a lot of highlights:

I will probably do the 25k so I can enjoy the race more and reduce my likelihood of being stung. Plus I will get to see everything I want to see!

If you haven’t picked up on the fact that this course is stunning, then I don’t know what to tell you. This course is absolutely phenomenal, the effort is worth it. 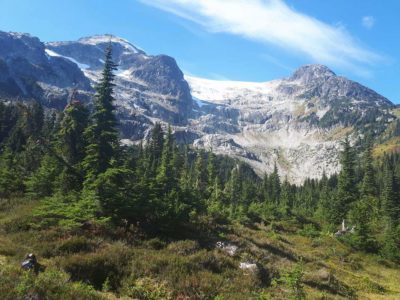 There were some serious competitors out there. As I mentioned before Jared Campbell was out there and he placed top ten, but didn’t win it, and that dude is a BEAST!

Great aid stations, my recommendation is to check out what is on the website. I didn’t and when I got to the first one and realized there was no PB&J (my staple) I went to other stuff like potatoes, chips, pretzels, and some gels.

This is only the second year of this race, and it already has grown, but the two races that have happened have had great weather. It is in BC and it is almost fall at race time, so nothing is guaranteed. It is usually 15 degrees cooler at the top.

Everyone of the 55k finishers got a medal. It’s a nice medal.

I give this race a 11 out of 10. I love gritty, hard, woop your butt kind of races, and this was exactly that. The fact that they heli drop an aid station is really cool too. 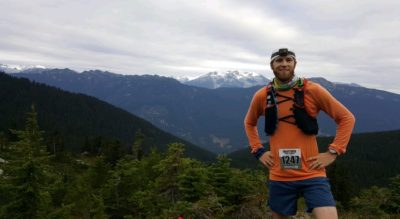