Gear – What did you bring?

Fuel – What did you consume and/or not consume?

I did **NOT** consume nearly enough electrolytes (see section below on how things went horribly!).

Logistics – What kind of planning was involved for both prep and implementation?

Since we went for the Unsupported FKT category and easy decision since the Grand Loop is mostly remote anyway, especially once you pass the Obstruction Point parking lot around Mile 10. It’s fairly straightforward logistics in that, you just need to be self-sufficient and carry everything you need for an all-day mountain run.

The drive up to Deer Park is a long, windy road to the top and the loop starts/ends above 6,000′. Conveniently, there is a campground at Deer Park too (less than 20 sites) but it’s first come, first served, so try to avoid summer weekends but you can easily turn the loop into an overnight trip. Don’t forget to have a national park pass.

Where to find the info on this

I first heard about this route a couple of years ago when I went to search for all of the FKT routes in my backyard – there are currently 10 on the Olympic Peninsula!

What went “right” or at least how you expected it to go?

With both of our watches having the route pre-loaded plus closely studying the route online, there was no need or worry about navigation or route-finding. There were a few tricky spots where the trail would be eroding or non-obvious but it was easy to pick up the trail again.

I had enough calories and filtered water; plenty of refreshing creeks to cool off and refill my flasks, especially as I was trying to keep my temperature down toward the later half of the loop.

Despite all of my struggles and cutting it close by the skin of my teeth (by only 8 minutes!), we came away with the overall FKT which was the main goal, so I was very grateful for that. I don’t see this FKT lasting for too long after this!

What went “wrong” or completely unexpected that you had to deal with?

A lot more went wrong than expected on this journey, and specifically, for me only!

As early as around Mile 18 heading toward the 2nd major pass (Cameron Pass), I already felt some twinges and nearly debilitating muscle leg cramps in my right quad and my left hamstring. This was a “try not to panic” moment. I still had a packet of Tailwind to use up, along with some Bolt chews that had some electrolyte in it (but not much), I quickly realized that I was going to have delicately ration the rest for the remaining 25 miles… Ouch. I tried a couple of stretches that Max recommended to me and tried to consciously think about activating my glutes more. Any time I lifted my legs higher or tried to run any incline, my muscles cramped up again.

We seemed to had built up a large buffer by Cameron Pass but then that margin slowly and painfully dwindled away all the way until the finish.

Thankfully I was able to maintain consistent movement (but including a bee sting for good measure!) on the long 10-mile descent to the bottom of the Three Forks final climb, which is 4 miles and 3100′ of gain. I began to power-hike this section pretty well for several minutes but once again, I faded hard and went spiraling down into some dark mental demons and doubts. Barely keeping my head in the game, taking several full stops to try and stretch and mustering the smallest of “hello’s” to the few hikers I saw. My mantra’s I kept repeating to myself were “One step in front of the other” and “I want to see my family” – knowing that both Elisa and Luke were waiting for me.

Overcoming this challenge was something I know I’ll be able to carry through in future races and FKT attempts.

Lessons learned for either the next trip or another’s first trip?

I’ll definitely remember this FKT and adventure run for years to come and being able to share that with my coach. And those multiple post-run charley horses. I have a feeling that I will be back to give this loop another go.

The very next morning, Elisa went out on the loop solo, and on a hotter day than mine, and set the women’s FKT in 11:15 and 3rd fastest time overall! Right after my run, Max mentioned to Elisa that she should try and beat our time – and I think that really got Elisa pumped for her run.

Keith Laverty is a coach with Team RunRun. To learn more about him or to work with Coach Keith, check out his coaching page. 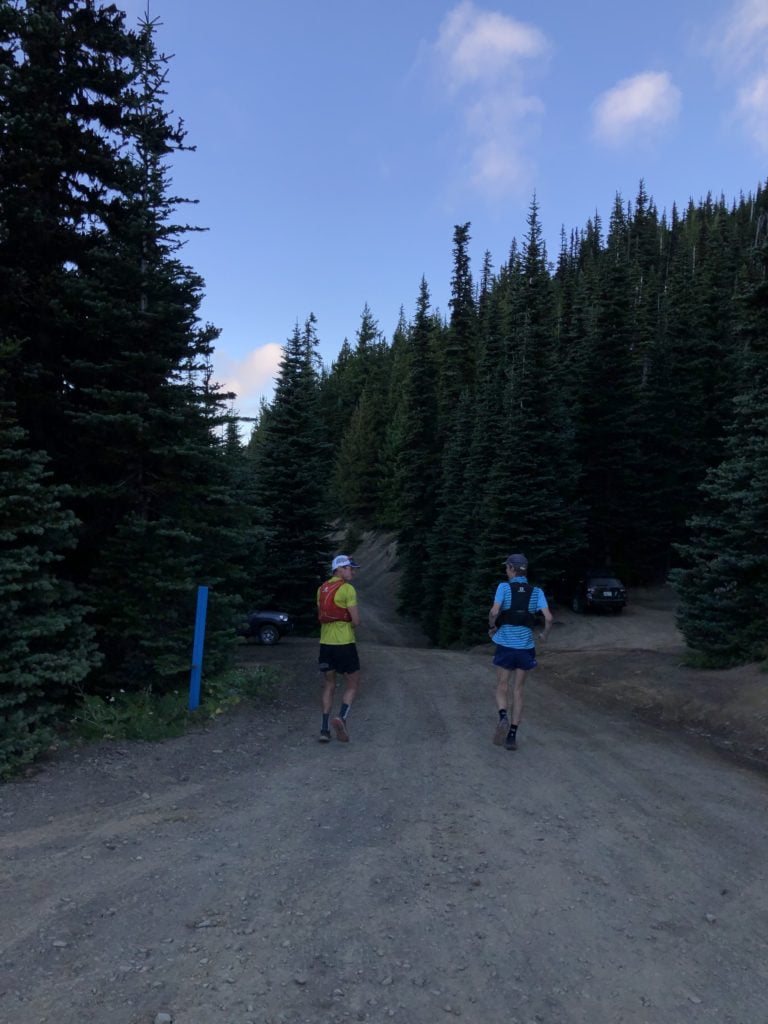 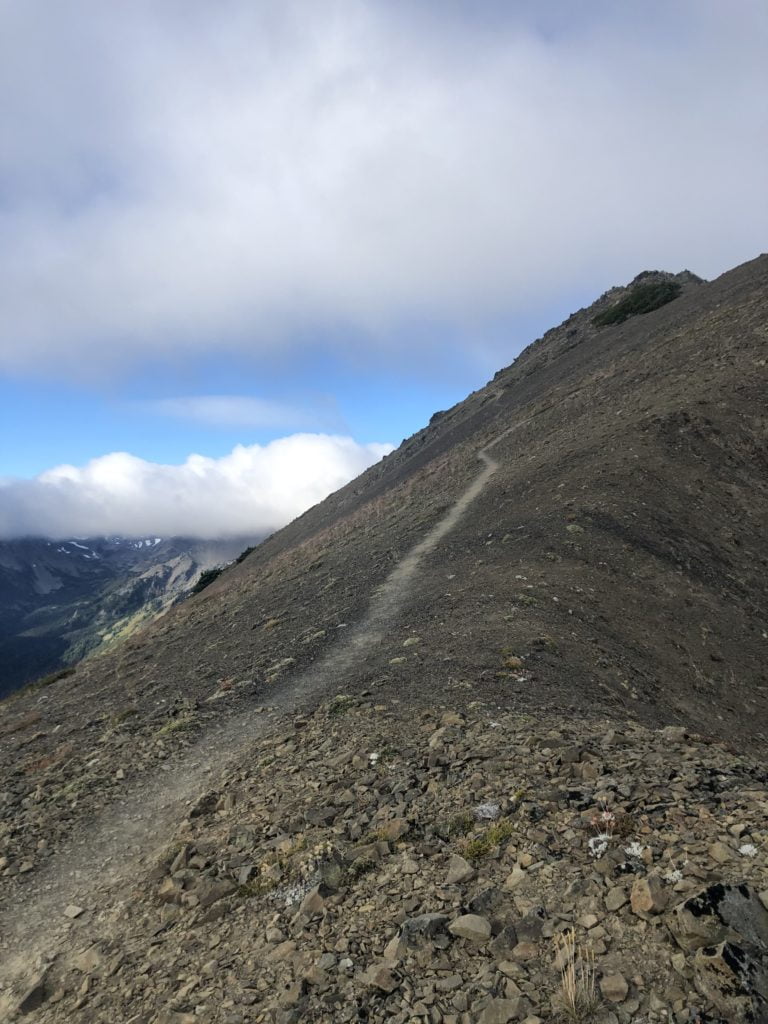 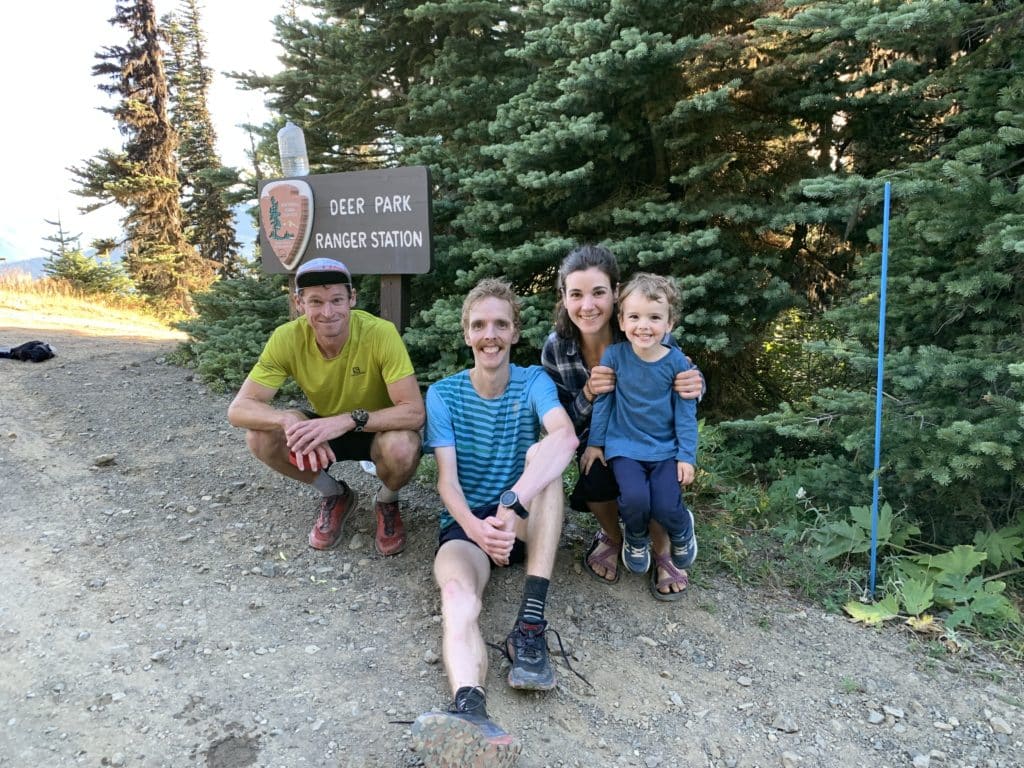