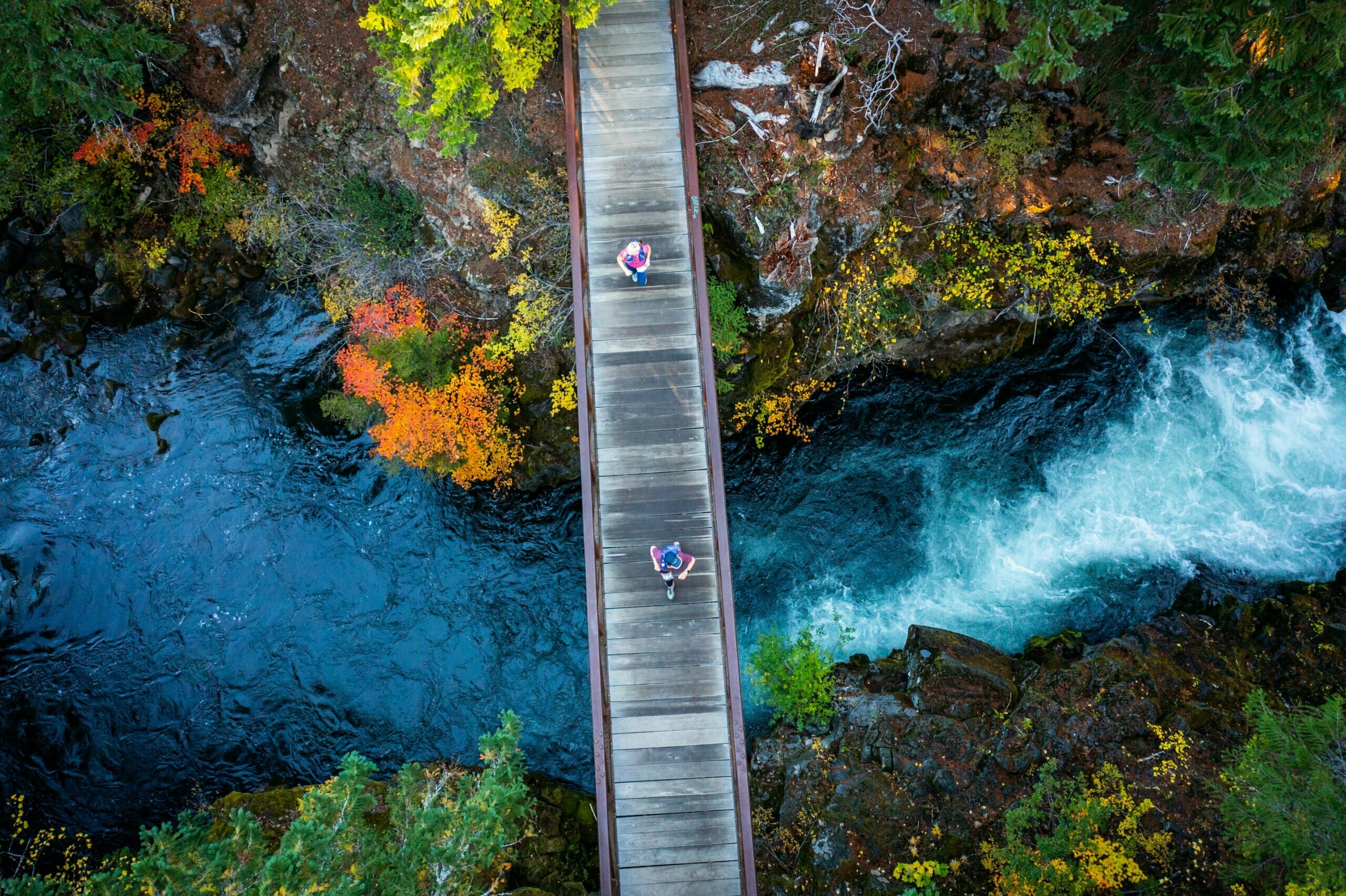 As much as I love single track, I found that in this race it created some issues. At the 7.5 mile mark, the course doubles back so faster runners were running at me and I had to constantly step off the path – the narrowness of the trail and the spongy vegetation on the sides of trail made it very awkward irritating to jump back and forth.

The other issue was at the beginning of the race, I ended up behind a long string of runners as we were funneled into the single track. There was really no way to pass them; I could tell there were faster runners behind me so I just thought I’d be patient and wait for an opening but it was several miles before things opened up, maybe 4 or 5 miles. And this was all downhill which I love running but couldn’t get to the pace I wanted – those of us behind ended up even walking some because of the traffic jam.

Lastly, the last couple of miles of the race, I had a hard time knowing which way to go and made several wrong turns which I quickly realized. In each case, I turned back to the intersection where I went wrong and looked around. It wasn’t that I wasn’t paying attention; I had to do some serious looking around to find the ribbon – it was not obvious which way to go.

I loved the downhill after I cleared the traffic jam. The course is basically 7.5 miles downhill and then 6 miles uphill. After about mile 4, I had space to go my own pace; my plan was to keep my HR at an easy/tempo type pace to save gas for the uphill. When I’m not pushing my pace, it’s so much easier for me to look around and enjoy nature and the beautiful scenery.

Since I have fallen before, I always remind myself safety is my top goal because if I get hurt, I can’t run. I know that when I get tired legs, I’m more liable to trip/fall but somehow in this race, I got into some weird auto-pilot running and did not realize how tired my legs were becoming and sure enough, I fell on a rock and today, the day after, I’m limping around with a sore knee. I need some cues to stay aware of where I’m at, to check in with how I’m feeling. This extends to my hydrating and nutrition too. Another thing I zoned out on was using my gels. Today I realized I only consumed two of them in almost three hours, which was not my plan. I had no idea I did this until I was cleaning out my hydration vest.

Yes – absolutely beautiful, the most attractive feature of the race.

It was tough for me but it’s not a tough course – the 6 mile uphill portion isn’t steep, the elevation gain shows up as 630 ft in my running apps (even thought the website says that there is 900 ft of gain). For me what was tough is that not only is it the second half the race but 6 miles of continuous ascent for this trail novice is still difficult.

It was mostly well run. It started on time and picking up my bib was easy. The only thing that disappointed me was that they ran out of soup and coffee. Those were two items I was looking forward to after my run. The only appealing item on the food table for me was a banana. They offered komboucha in place of coffee but that’s not my thing.

There’s a campground right there at the race start where the runners can camp out the night before. Then there is a lodge called “Union Creek Resort” but it’s not a resort, it’s a rustic lodge. I feel that I could get some bad sleep by camping so I chose to room at the lodge. They offer cabins and rooms in the lodge. Not knowing any better, I just got one of the rooms. There are several rooms on the second floor above the registration desk and lodge store and the rooms do not have bathrooms – there are two shared bathrooms for the entire floor. When I was getting food at the cafe across the street, I got talking to another runner and she mentioned that last year, she stayed in one of the cabins (not the lodge rooms) and it was nice. She wanted to do that again this year but didn’t sign up on time so decided to camp in her car rather than in the lodge. When I registered for my room, I saw that there was this cafe across the street and I was hoping to eat there. Due to covid though, the restaurant is to-go only and that’s not what I expected and was disappointed.

For the half marathon, there was one aid station at the turn-around point. All they had was gels and liquids which I was already carrying. At the last race I did, I really appreciated that there were orange segments and banana slices available. I think I was hoping for something like that but they had nothing I wanted.

I found the giveaway rather strange. We were given these glass jars with the race name “Rogue Gorge” printed on them. I’m thinking they go with the theme of the Kombucha. I suppose I could use it for brewing tea which I don’t do so I’m probably going to throw it away.

Because of the traffic congestion on the single track, the colliding with oncoming runners, and the issue of course markings, I would give this race a 3 out of 5. But the scenery is awesome – this would be a good place to just go on a solo trail run.