1. The people involved in putting the race on (Methow Trails) are very friendly and the event has a real community feel to it.
2. Though not the case this year due to COVID, the post-race party is always a blast.
3. There is a fairly decent challenge with the inclines while rewarding you with great views of the valley at the top.

The race is technically run on private land, which the owners generously allow use of only one day per year in order to hold this race.

This race is one of the first I ever participated in when I started out as a runner (all the way back in 2008, but whose counting) so it is always a treat to be able to come back to it. This year was more important especially after the year plus we’ve all endured and it felt so refreshing to be around fellow runners and back at a live event again. Coming down the final hill and coming into the finish, I could hear the roar of the crowd even from a mile or 2 away. Couple that with the surrounding nature and it definitely brought back the euphoric, runner’s high feeling that had been lacking through much of the pandemic.

While I didn’t wear trail shoes this year, it may be something worth looking into if you’re interested in running this race. The trails aren’t overly technical, but trail shoes could be beneficial in those extra rocky or sloppy sections.
The second half of the course is noticeably more difficult than the first half so manage your effort and fueling accordingly. This year, unlike in past years, the aid stations were minimal and runners had to become more self-sufficient. By next year, aid stations could be back to how they were pre-pandemic but still it is something to consider.

I made the unusual mistake of forgetting to pack Body Glide so that brought some discomfort after finishing. With this being my first live event in so long, I was reminded of the mental preparation that goes into racing. It was far from sharp for this event but that’s okay as it’ll only get better as live racing reenters the fold. I would have also done a little more of a warmup in retrospect as it factored in early on both mentally and physically.

While the inclines are steep, so are the declines as what goes up must come down. It is important to not take downhills too fast both for the sake of your joints and to prevent you from falling and hurting yourself even more. Often people around you prevent this from happening and when they don’t, the declines (and inclines) often come with switchbacks which should be a cue for you to not just simply rip it. Also prepare to encounter some dust, which on a windy day could provide some challenges.

Absolutely, lots of great views of the valley, sunflowers all around (as the race name suggests) and the weather is usually very reliable too (despite potential for wind and getting warm in the latter parts of the race).

The Sunflower marathon is a medium difficulty course, both inclines and declines, but as aforementioned, the second half is more difficult than the first half (which is actually relatively flat). Switchbacks are all in the second half as well.

This year was the 40th year of the event so I’d say Methow Trails has organization solidly nailed down at this point. This year, they also went to great lengths in order to hold the event mid-pandemic with safety protocols they implemented.

Probably average competition, times aren’t necessarily eye-popping but that reflects the nature of the course. If I ran the half marathon instead of the relay, I would have won by a sizable margin. The course now measures to around 26.8 miles but back when the distance was 21 miles, the comparison was what you ran for those 21 miles would likely be what you’d run for a marathon elsewhere.

Lodging can be limited so it is good to get that nailed down in advance. Registration for the next year usually opens within a month after the current year’s race is held so doing both in conjunction would be a good idea. Not as much of an issue when race was held first weekend of May, but with the April date, it decreases probability of the North Cascades Highway being open, which usually increases travel time to Mazama if you’re coming from anywhere west of the Cascades.

This year was bare bones due to COVID but in a normal year, it is pretty standard fare and usually found at every relay exchange zone.

Usually fairly warm and sunny with potential of wind. This year was actually the first I can remember in all my time running where we actually had some rain to some capacity. Like most spring races, usually can start chilly in the morning, but always warms up within a couple hours.

Nothing too out of the ordinary but could change depending on whether you’re running the relay, half marathon, or full marathon so prepare accordingly.

Aside from exchange zones and start/finish, there isn’t necessarily many spots for spectating. Spectating was kept to a bare minimum this year due to COVID (i.e. only relay exchanging runners outside of the car) but even in a normal year spectating is fairly minimum although early on, the course does run within view of the highway which can lead to potential spectating.

Good, always a race shirt included (tend to opt for cotton) along with other potential swag through raffles and race performance. I happened to win the raffle this year and received a rubber pint glass and hat from Methow Cycle & Sport, a Smartwool sticker, and a Methow Trails patch.

Five stars, highly recommend this event as it has something for everyone. If it is your first time though, I’d recommend running when things are a little more back to normal in order to be able to receive and enjoy the full Sunflower experience.

Brian Comer is a coach with Team RunRun. To learn more about him or to work with Coach Brian, check out his coaching page. 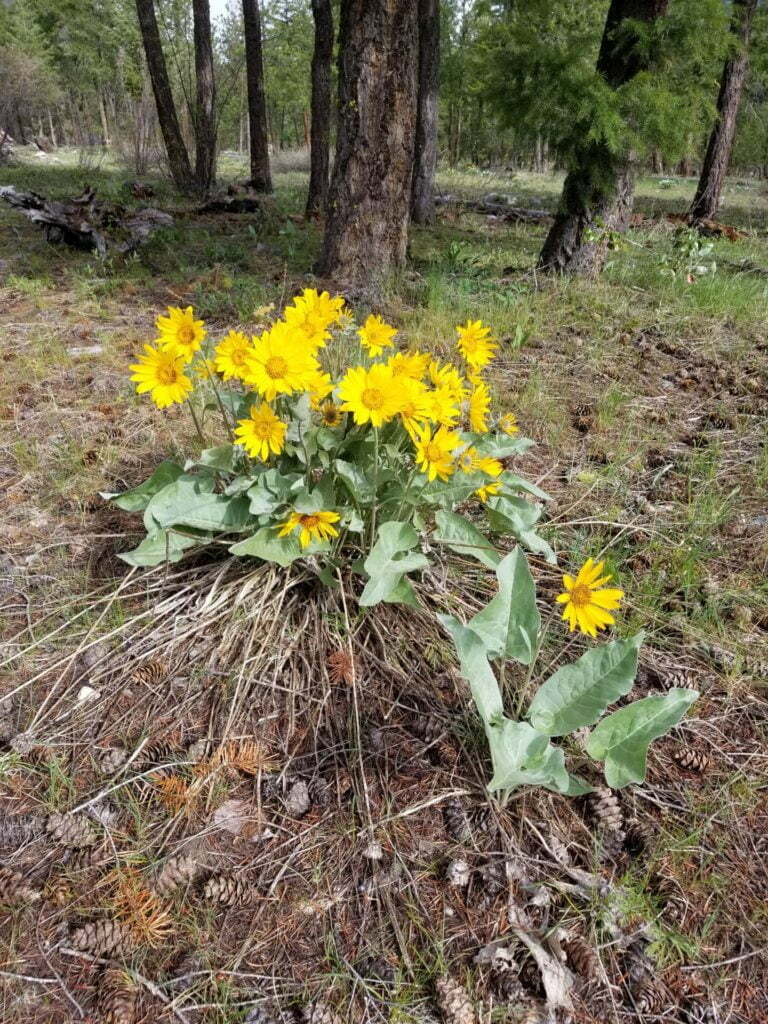